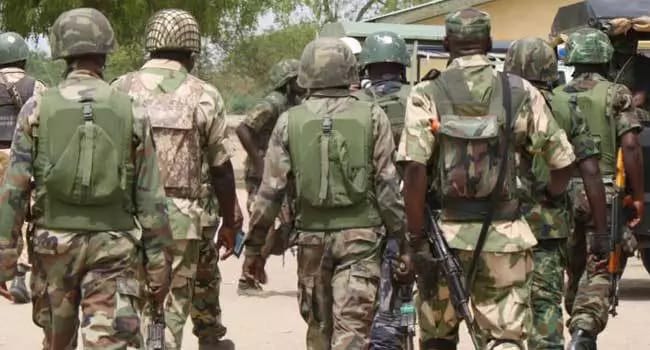 The Nigerian Senate on Wednesday resolved to look into a report by the international human rights organisation, Amnesty International, accusing Nigerian security forces of rape and domestic violence against women in the Internally Displaced Persons (IDPs) camps in Borno.

The lawmakers agreed to set up an ad-hoc committee to investigate the allegations.

The resolution follows a motion by Shehu Sani (Kaduna-APC). Mr Sani, dissatisfied with the reaction of the Nigerian government to the report, asked the senate re-open the issue for probe.

“Scores of women described how soldiers and Civilian JTF members have used force and threats to rape women in satellite camps, including by taking advantage of hunger to coerce women to become their ‘girlfriends’, which involved being available for sex on an ongoing basis,” the report released in May reads.

In reaction, the presidency and Civilian Joint Task Force (CJTF), said the report is short on credibility because it does not contain factual leads that could have laid the foundation for investigative actions.

Mr Sani in his motion disagreed.  He asked his colleagues to look into the grave allegations against Nigerian security forces.

“This report is not only a thesis by AI, it contains names identity, photograph, instances and personal confessions of victims of rape, starvation and torture.

“The response that followed this report is simply a dismissal by the presidency and Nigeria security forces but I think as a parliament, we have a duty to address this issue,” he said.

He added that Nigeria has a constitutional obligation to look into the report as such are usually taken serious by global leaders.

“As a democracy, we have a twin obligation to prosecute the war on terror and in every possible way protect and defend the fundamental rights of Nigerians

“It is a concern that this report infringes on the image of not only the security forces of Nigeria but Nigeria as a country.”

In his contribution, Deputy Senate Leader, Bala Na’Allah, cautioned his colleagues in their probe because of the intricate nature of the war.

“The nature and character of what we have in the country makes it almost practically impossible not to have the kind of report that the AI is reporting about Nigeria. We must understand that we are not fighting with a defined enemy,” he said.

The lawmakers resolved to set up an ad-hoc committee to look into the matter.