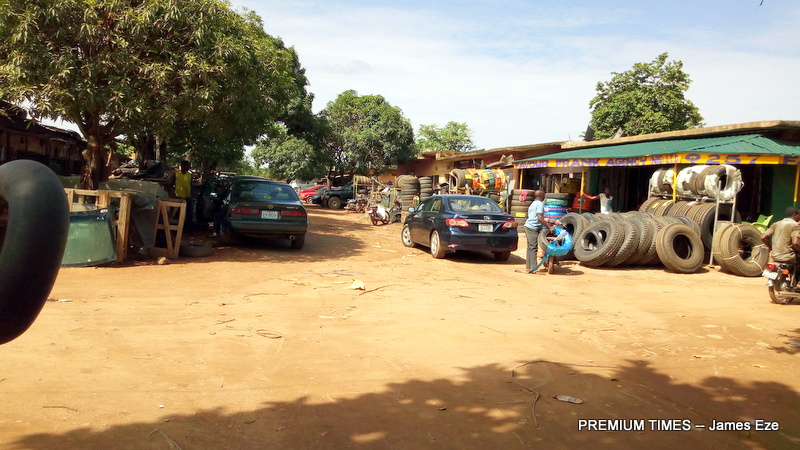 The sit-at-home order by pro-Biafran groups in the South-east of Nigeria recorded massive compliance in some states and cities.

But it was a complete flop in many others.

The Indigeneous People Of Biafra (IPOB) and Movement for the Actualisation of Sovereign State of Biafra (MASSOB) had called the exercise to commemorate the day in 1967 when the short-lived Biafra Republic declared secession from Nigeria.

On Wednesday, there was large compliance to the call in Aba and Umuahia but Abakaliki, Umuahi, Awka and Enugu witnessed only partial compliance.

Onitsha, the commercial city of Anambra State, was completely shut down as traders and other residents observed the sit-at-home exercise.

The exercise recorded complete compliance in Onitsha as markets in the city, including the popular Onitsha Main Market, were shut.

Also banks, motor parks, schools, filling stations and other businesses did not open.

A resident, Geoffrey Anioke, who manages a filling station, told PREMIUM TIMES that since the markets did not open there was no need for other businesses to open.

“The drivers will not see passengers since the markets did not open. This will also affect filing stations and the ripple effect continues. The markets more or less powers the other major businesses, including the banks so if they had opened they wont have had customers,” he said.

In addition to bus drivers, it was also gathered that motorcycle and tricycle operators complied with the order, forcing people who ventured out to trek for long distances.

However, there was total failure of the exercise in Awka, capital of Anambra State as schools, markets, banks and government offices remained open, Premium Times gathered.

There was partial compliance with the order in Enugu, capital of Enugu State, as shops in major markets remained shut even though the markets’ gates were opened.

Major transport companies were also not operating at the time of this report.

Banks and government offices were in operation at the time of this report but had low turnout of customers.

A resident, Cornelius Eze, said the day had the outlook of a Sunday as the usual hustle and bustle was reduced.

Major markets in Aba, commercial city of Abia State, including the popular Ariara main market, did not open for business.

Major roads like Omuma, Ohanku, Faulks and Azikiwe were a ghost of their usual bustling selves. In fact, the city was like a ghost town.

No shops, schools or banks were opened at press time.

Also major motor parks were not operating at the time of filling this report.

But in Abakaliki, Ebonyi State capital, the exercise was a flop as businesses and markets opened.

When PREMIUM TIMES visited the Abakaliki main market, meat market and Kpirikpiri market around 9 a.m, they were all opened.

A joint patrol of major security agencies with over 20 vehicles were seen patrolling the streets of the city to forestall any breakdown of law and order.

While major markets in Abakaliki, capital of Ebonyi State, opened for business, some private schools especially around the Nkaliki area of the city were closed.

However, the major transport companies like Peace Mass and Ebotrans were not loading to Aba, Onitsha and Port Harcourt which are areas expected to have total compliance.

The major streets like Water Works, Ogoja Road and Gunning Road were busy and had heavy vehicular traffic like any other day.