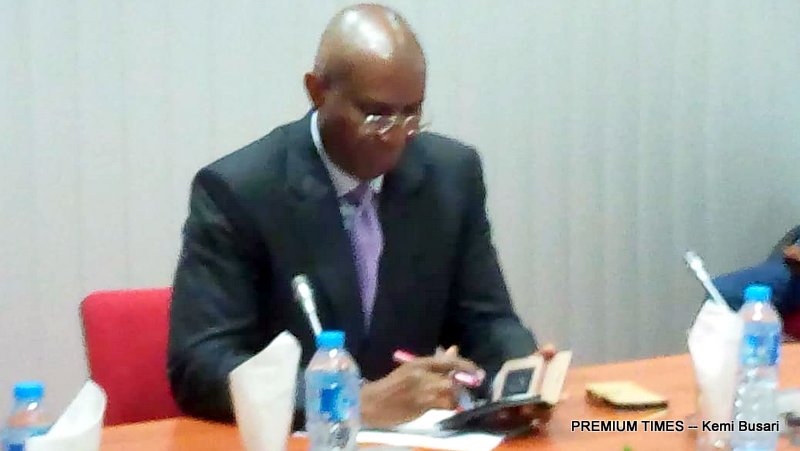 A Delta Central senator, Ovie Omo-Agege, on Tuesday honoured the invitation of an ad-hoc committee drafted to investigate the incident of the chamber invasion.

The committee was set up by the Senate and the House of Representatives.

Ali Ndume, another senator invited by the committee, was also in attendance Tuesday afternoon.

The senators are expected to answer questions on their roles in the invasion of the Senate chamber last month.

The Senate in April suspended Mr Omo-Agege for accusing his colleagues of working against President Muhammadu Buhari’s re-election plans in 2019. The senator made the accusation after his colleagues adopted the amendment to section 25 of Electoral Act outlining a change in the sequence of elections.

A week after the suspension, hoodlums invaded the Senate carting away the mace, the Senate’s symbol of authority.

The mace was later recovered by the police.

The hoodlums are believed to have been led by Mr Omo-Agege, who has however, denied any wrongdoing.

The committee in its first sitting invited the two senators after police witnesses mentioned them as culpable in the invasion and subsequent mace theft.