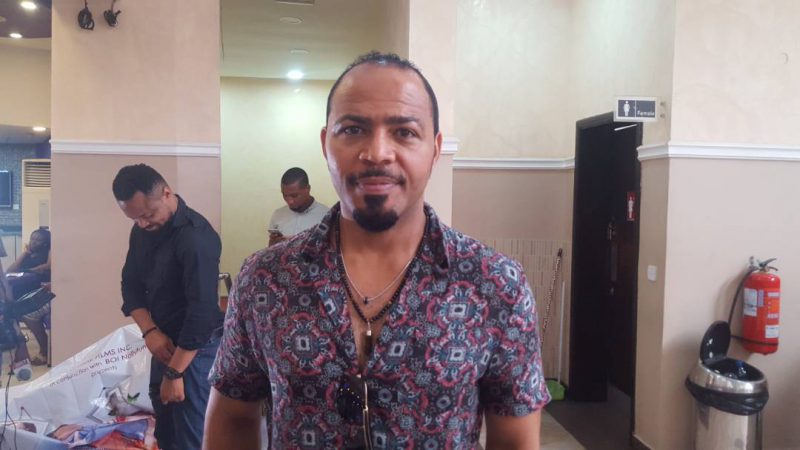 The actor barred his mind in a chat with PREMIUM TIMES at the screening of his latest movie titled Crazy People in Lagos.

He said, “I always shy away from discussing politics in Nigeria because it is a sensitive subject but right now it’s hard to tell where Nigeria is headed.

“Most importantly, the government is making a huge mistake of not divulging enough information with the polity. They are so fixated in the old way of passing information oblivious of the fact that these days everything is open. The presidency should come out and deem it to talk about its daily, weekly and even monthly plans with the citizenry.

“They need to thoroughly address issues that affect Nigerians. But they don’t do that and then they just assume that we know they would work on it (issues). It is only when there is so much public outcry and criticism that the president’s offices will come out once in a while and to say “we are working on it.”

While some of his colleagues have ventured into politics, perhaps leveraging on their fame, the 47-year-old actor says he is not cut out for politics.

He noted, “I never say never but delving into politics is going to be a tough one for me because I am not a very diplomatic person. I don’t know how to call white black I say it as it is; I don’t think politics in Nigeria really embraces that.”

When this newspaper asked him to give an assessment of the present administration’s recognition and support for Nollywood thus far he said, “Buhari’s administration came into power to wipe out corruption and they had a stronger focus. In the course of doing that a lot of industries were affected and suffered, Nollywood inclusive. It’s work in progress and I know that when everything stabilises they (Buhari’s government) will still come back to Nollywood.

“Some people make it look as though we (Nollywood) are getting freebies from the government but its not so. Some people also think our industry is for ‘play’ forgetting the job opportunities we create.”

Asked to share his thoughts on Mr Buhari’s second term bid, Ramsey said, “It’s a dicey question but I like to ask who the other presidential candidates who are coming on board are. I don’t know what they are going to bring to the table. Will they be game changers?

“We hear the same things from politicians all the time but when the time comes we will know whom we will vote for. With so many things befalling us in the country, it’s hard to tell who is the best candidate for now. In 2019, our youth need to get their voters card and vote wisely. As only then can they hold the leaders accountable.”