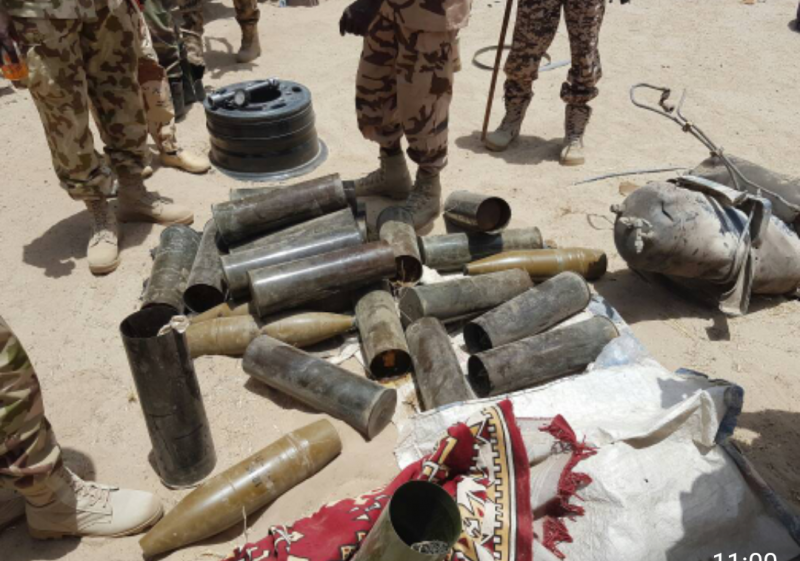 Lucky Irabor, the Commander of the Multinational Joint Task Force (MNJTF) in Ndjamena, Chad, said he recently lost about 22 soldiers in the course of prosecuting the war against Boko Haram in the Lake Chad region.

About 75 soldiers were also wounded in the series of operations that were resisted heavily by Boko Haram fighters using land mines and suicide bombs.

Despite the casualties, he told journalists and strategic partners at a press conference in N’Djamena that a total of 59 Boko Haram fighters were killed, while five kingpins of the group were apprehended alive in the last three weeks.

The major general said many civilians would have been attacked, which would have resulted in the loss of lives had the troops of the MNJTF not killed three suicide bombers and also demobilized three vehicles loaded with explosives.

According to a statement issued by a military spokesperson, Timothy Antigha, the commander acknowledged the complex nature of prosecuting an assymetric warfare like Boko Haram’s which he said can only succeed if information is shared between the soldiers and civil populace.

“Boko Haram terrorism like other similar conflicts create complex emergencies which attract humanitarian, military and other interventions,” he said.

“For such interventions to succeed, it is imperative for responsible actors to share and disseminate information.

“This was the rationale for MNJTF’s effort in providing information about its activities on a regular basis,” he noted.

The commander noted that “the mandate of the MNJTF among other responsibilities, empowers it to create a safe and secure environment in the areas affected by the activities of Boko Haram terrorism and other terrorist groups, in order to significantly reduce violence and other abuses, including sexual and gender based violence, in full compliance with international law.”

He said the ongoing operation tagged ‘Operation AMNI FAKAT’, which was flagged off on April 5, is in the spirit of the mandate given to MNJTF.

Mr Irabor disclosed that “Operation ANMI FAKAT is to consolidate on the gains of Operation RUWAN KADA which was conducted between January and June 2017.”

He informed the gathering that the current operation is already yielding substantial operational dividends.

Other deadly weaponry recovered from the Boko Haram along the shores of the Lake Chad include “1each of 81 and 82mm mortars and bombs captured; one 122mm Artillery gun and its prime Mover; and 6 Gun Trucks that are now destroyed.”

He said the troops have also dislodged most of the Boko Haram camps used as fuel dumps, food stores and communication platforms.

The soldiers, the general said, were also able to clear places like Gashigar, Arege and Metele which are known deadly dens of the Boko Haram, where several motorcycles, belonging to the insurgents, were destroyed.

Mr Irabor, however, explained that the high casualty ratio of his troops “was due to indirect fire and Vehicle Borne Improvised Explosive Device attack by terrorists.”

He therefore assured that “steps have been taken to forestall a reoccurrence.”

He said “already 50 per cent of injured troops have been treated and discharged.”

He assured the audience and people in the Lake Chad Basin Commission countries “of the determination of the MNJTF in conjunction with national forces to deal decisively with Boko Haram terrorism, as Operation ANMI FAKAT continues.”

“The Force Commander thanked strategic and international partners, troops contributing countries and other stake – holders for the support and encouragement so far given to the Multinational Joint Task Force”, Mr Antigha, a colonel, said.