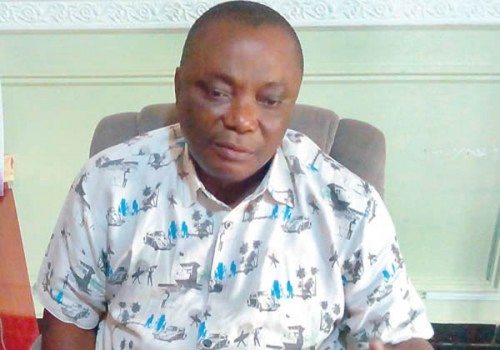 Delta North senator, Peter Nwaboshi, has been in the custody of the Economic and Financial Crimes Commission (EFCC) for days, the anti corruption body says.

The EFCC spokesperson, Wilson Uwujaren, confirmed that the lawmaker is in the custody of the agency but declined to confirm whether he was arrested or he submitted self.

Mr Wilson did not also give reasons why the senator was being held.

The news website, SaharaReporters, reports that Mr Nwaboshi was arrested over the purchase of a building owned by Delta State, “Guinea House” in Lagos state among other corrupt related issues.

Mr Nwaoboshi’s travails with EFCC dates back to 2017 when he was accused of diverting a N1.2 billion loan from NEXIM Bank as a member of its board of directors.

The loan was granted to him by NEXIM Bank under the local industrial growth scheme in 2014.

The money meant for the purchase of equipment and electrical materials was allegedly diverted to acquire properties in Lagos by the Senator.

Earlier in 2017, a Federal High Court in Lagos had ordered the temporary forfeiture of a 12-storey building belonging to the senator over an alleged contract scam of N1.5bn.

The EFCC told the judge that Mr Nwaoboshi, through his company, Bilderberg Enterprises Limited, got N1.580bn contract to supply some construction equipment to the Delta State Direct Labour Agency in 2010.

The EFCC, however, said Mr Nwaoboshi’s company supplied used equipment to the agency while he collected money to supply new equipment, thereby short-changing the agency.

The EFCC said Mr Nwaoboshi later used the proceeds to bid for and purchase the 12-storey building, formerly known as Guinea House, for N805 million in the name of his company, Golden Touch Construction Project Limited.

Mr Nwaboshi did not answer calls to his line Monday evening.