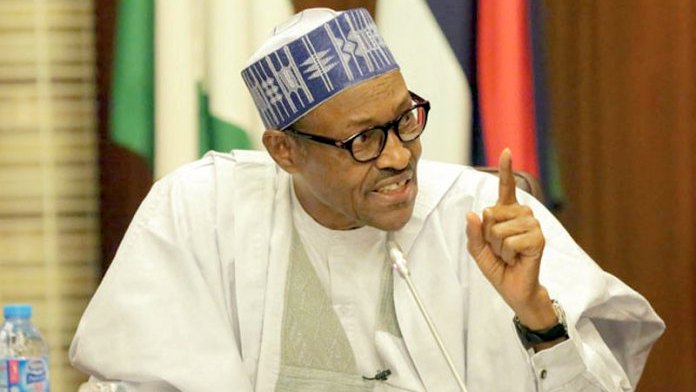 President Muhammadu Buhari on Wednesday criticised the attitude of some Nigerian youth, saying they were only hustling to get on the gravy train.

“More than 60 per cent of the population is below 30, a lot of them haven’t been to school and they are claiming that Nigeria is an oil producing country, therefore, they should sit and do nothing, and get housing, healthcare, education free,” Mr Buhari was quoted as saying by The Cable during a panel appearance with world leaders at the Commonwealth Business Forum in London.

The president’s comment adds to an earlier one he made criticising Nigerian youth.

During a February 2016 interview with UK Telegraph, Mr Buhari said some Nigerians in the UK, mostly youth, are disposed to criminality and should not be granted asylum there. He was fiercely criticised for the comment, with many saying it failed to convey the reality of Nigerian youth’s exploits.

Early this year, an analysis by Rice University in the U.S. showed that Nigerian youth are the most educated of all migrants in the country. The institution credited the finding to a culture of relentless drive for education amongst Nigerians.

Mr Osinbajo had also witnessed Nigerian youth’s quest for gainful employment in the way they embraced the administration’s N-power programme which paid as low as N30,000 a month for teaching jobs.

Presidential spokespersons Femi Adesina and Garba Shehu did not respond to PREMIUM TIMES’ requests for their comments about whether the president was aware of Mr Osinbajo’s efforts and the statistics by foreign institutions on young Nigerians.

Several commentators online slammed the president for his latest remarks while others defended him.

“Buhari has lived off Nigeria his entire life. His son was treated for an accident thousands of Nigeria die from yearly at Nigeria’s expense. Yet, he sits and insults millions of Nigerians who have had the misfortune of not being born into the “right” families. It is sad,” said Biola Kazeem, a sports marketer and political commentator, in a Twitter update Wednesday.

“Serious question – has Buhari, in his adult life, ever been able to live without government income?” Another Twitter user, Feyi Fawehinmi, said Wednesday night, adding that there is little evidence to show that the president’s earns money from his livestock farm in his hometown of Daura.

Some of the president’s supporters, however, pushed back against the criticism, with many saying the president’s observations reflected his well-known personality as a blunt leader.

The supporters said the president only reechoed Nigeria’s abysmal education and employment situation, which had long been in public domain.

“In the affirmative, I think he’s giving a graphic picture of what’s going on and asking the right audience to come in,” said Ayo Akanji, one of the vocal supporters of the president online.