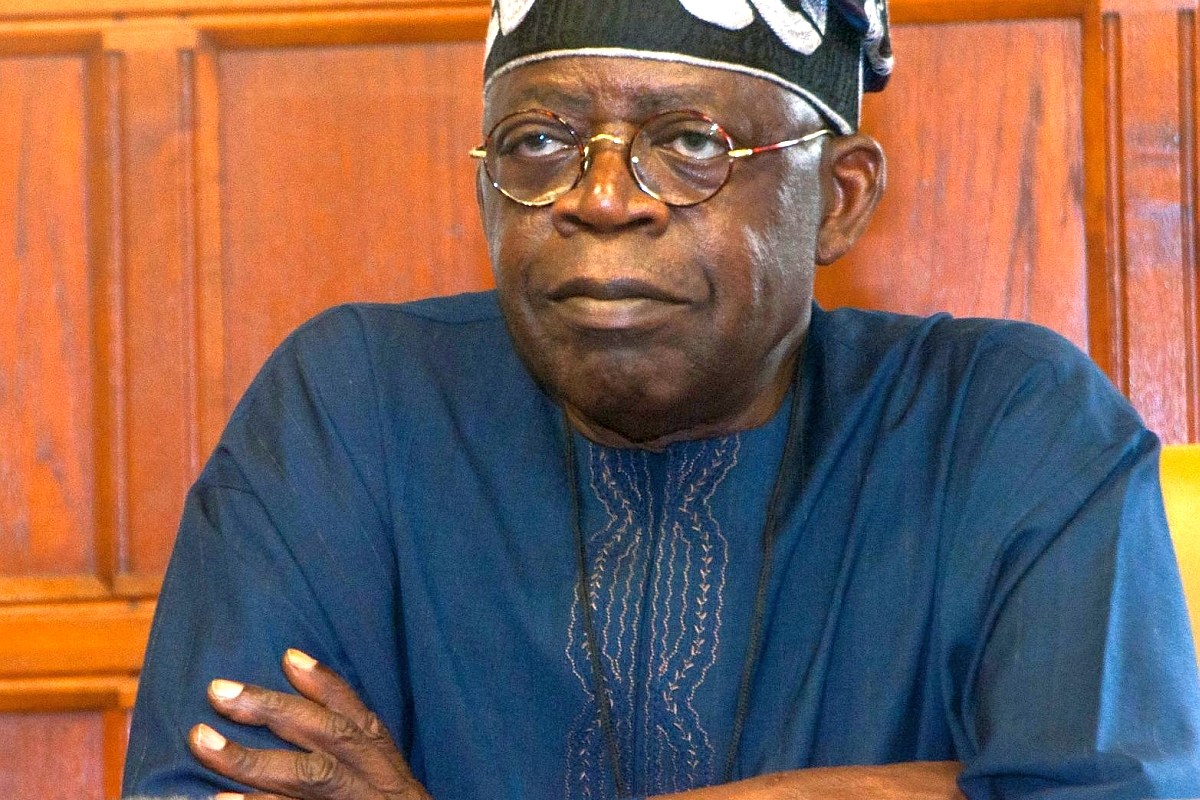 Shortly after his appointment to reconcile all the crises among members of the governing All Progressives Congress (APC) was announced early February, former Lagos state governor, Bola Tinubu, hit the ground running by holding a series of meetings with several conflicting groups.

He first held a closed-door meeting with President Muhammadu Buhari before visiting the national secretariat of the party for the first time since 2015.

He also met with some party stalwarts individually and in groups in Abuja.

Mr. Tinubu was also in some states considered the hotbed of APC crisis such as Kano and Kaduna.

His team also went to Sokoto where he met with party leaders in the state including Governor Aminu Tambuwal, his predecessor, Aliyu Wamakko, and the national vice chairman (North-West) Inuwa Abdulkadir.

In all the visits, it was clear that the former Lagos state Governor was relishing his new assignment and was determined to succeed.

However, few days after his visit to the APC secretariat and meeting with the leadership of the party, where he reportedly got their assurances of support in his assignment, Mr. Tinubu wrote a damning letter to the APC’s national chairman, John Odigie-Oyegun, accusing him of sabotaging his “presidential assignment”.

In the letter, which was also copied to President Buhari, his Vice, Yemi Osinbajo and the Senate President and Speaker of the House of Representatives, Mr. Tinubu told Mr. Oyegun that “disappointment greeted me when I discovered that you had swiftly acted in contravention of the spirit of our discussions”.

He also wrote that “Instead of being a bulwark of support as promised, you positioned yourself in active opposition to the goal of resuscitating the progressive and democratic nature of APC.”

He said Mr. Oyegun mentioned Kogi, Kano, Adamawa and Kaduna States as the worst crisis-hit chapters, but regretted: “You have taken it as your own personal ambition to thwart my presidential assignment in these key states.”

Since that open altercation and the decision by the APC to extend the tenure of the Oyegun-led National Working Committee (NWC) and states executives, the enthusiasm with which Mr. Tinubu began his assignment appears to have diminished.

The reconciliation team he led is yet to meet with any known party unit involved in crisis since after the meeting of the National Executive Committee (NEC) of the APC which held last Tuesday.

APC got its highest number of votes in 2015 presidential election in the North-west but the zone is today experiencing what appears to be the worst form of crisis in the party.

As things stand, there appears to be a number of APC crises Mr. Tinubu would not be able to resolve.

In Kano, the immediate past governor of the state, Rabiu Kwankwaso, is locked in a serious battle with his predecessor and long-time political benefactor, Abdullahi Ganduje.

Both men have made it clear that they would never work again politically. In fact the feud between the two leaders have transcended the political to personal.

Since he left office in 2015, Mr. Kwankwaso went to Kano only once, and that was to commiserate with Mr. Ganduje on the death of his mother.

His second attempt to return to the state he was governor twice was aborted by Mr. Ganduje.

The current occupant of the government House also gave out his daughter in marriage to the son of Governor Abiola Ajimobi of Oyo state last weekend and Mr. Kwankwaso was conspicuously absent.

The marriage ceremony was attended by President Buhari and 22 state governors among others. On the same day of the wedding, Mr. Kwankwaso held a political meeting in nearby Kaduna where he told his supporters that he was surprised “people wasted their time to attend the wedding of a divorcee”.

At the level things have gone, it will take the unthinkable to reconcile these two anytime soon.

The crisis in Kaduna state APC is one that can be said to be nearly impossible for Mr. Tinubu to resolve.

Even as Mr. Tinubu was busy holding meetings towards reconciliation, a faction of the APC in the state led by a serving Senator, Suleiman Hunkuyi, issued a query and subsequently suspended Governor Nasir El-Rufai.

The faction also suspended his political adviser, Uba Sani, the commissioner for finance, Abdu Kwari, and the acting state secretary of the party, Yahaya Pate.

Mr. El-Rufai responded swiftly as the Kaduna State Urban Planning and Development Agency (KAPSUDA) demolished the secretariat building of the faction which ordered the suspension of the governor.

KASUPDA later claimed the demolition was part of operations the agency was undertaking across Kaduna metropolis in compliance with its mandate.

Kaduna APC is currently divided into three factions: the ‘Restoration APC,’ led by Tijjani Ramallan, a media mogul and Suleiman Hunkuyi, a senator; the ‘APC Akida,’ led by Senator Shehu Sani, also a senator and the Chief of Staff to the Senate President, Hakeem Ahmed; and then the ‘APC Government House,’ led by the governor and his deputy.

Another major problem for Mr. Tinubu in Kaduna is the feud between Governor El Rufai and Senator Shehu Sani. Mr. Sani is currently the biggest critic of the Kaduna governor.

In Zamfara state, the battle is between Governor Abdulaziz Yari and Senator Kabiru Marafa.

The bone of contention between Mr. Marafa, who represents Zamfara Central in the Senate and Mr. Yari could be traced to the nomination last year of Ahmed Mahmoud to represent the state as a Resident Electoral Commissioner (REC).

Mr. Yari strongly opposed the nomination of Mr. Mahmoud on the grounds that he was not Zamfara state. He subsequently wrote a protest letter to the president of the Senate which eventually led to the dropping of the nominee.

Since then, the feud between the two APC stalwarts have degenerated and is causing serious disaffection among party faithful in the state.

In Sokoto state, the APC does not appear to have a major crisis requiring the attention of Mr. Tinubu, although, a chieftain of the party, Muhammad Bashar accuses Governor Aminu Tambuwal of side-lining Congress for Progressive Change (CPC) elements in the state.

The CPC was founded by President Buhari and was one of the legacy parties that dissolved to form the APC.

The trip by Mr. Tinubu to the state was actually to find a way of resolving the conflict between National Vice Chairman, Inuwa Abdulkadir, and Governor El Rufai.

The political differences between Mr. El Rufai and Mr. Abdulkadir had led to the demolition of the house of the APC leader in Kaduna in April last year.

The house, located at Yakubu Avenue, Kaduna, was pulled down by officials of KASUPDA while he was in Abuja for a party meeting.

Mr. Abdulkadir, who expressed shock over the development, wondered why the government carried out the demolition when the matter was before a court.

“The demolition of my house is a personal threat by the governor. We are in court over the issue. The matter is still in court. They should have waited for the court to decide,” he said.

Mr. Abdulkadir also told The Herald newspaper that “It is personal because of our differences in political views and opinions. He wants to intimidate me because of political issues, but I will not be intimidated, I am not a bootlicker.

“We are in the same party, I am the leader of the party, my role is to ensure fairness and equal treatment of all party members.

“If he thinks he can fight me by attacking my property, so be it! That will not make me change my position”.

Kogi state is another major battle ground in the APC. The crisis involves one between the Governor Yahaya Bello and the party executives on one hand as well as between the governor and another serving Senator, Dino Melaye.

A faction of the party believed to be loyal to Governor Bello last week, announced the sack of the chairman of the State chapter of APC, Hadi Ametuo, and other members of his executive committee.

The purported sack was announced by Ibrahim Ahovi, who said he was the acting state chairman of the party.

However, the National Secretariat of the party issued a statement on Saturday saying that neither the state nor zonal executives constituted in whatever name nor form can expel anyone from the party, adding that only a convention of the party can do so.

The statement issued by APC spokesperson, Bolaji Abdullahi said “we restate that the State Working Committee of APC in Kogi State led by the Chairman, Alhaji Haddy Ametuo remains the only recognised executive committee of the party in the State.

“Any disciplinary action being contemplated must be referred to the Party’s National Working Committee (NWC). That is the position of the constitution,” he said.

The feud between Governor Bello and the Senator representing Kogi West, Dino Melaye, appears to be unsolvable.

Matters got to a head when a recall process was initiated against Mr. Melaye reportedly on the prompting of the governor.

The Senator also survived an assassination attempt in his constituency and he promptly accused the Chief of Staff to the governor of being the plot.

The Federal Government is currently prosecuting Mr. Melaye for making that “false” allegation.

Governor Bello is also engaged in another fierce battle with the Senator representing Kogi Central district.

Mr. Ogembe within the week reported the governor at the floor of the Nigerian Senate, accusing him of sponsoring thugs to attack his supporters after a failed attempt to disrupt an empowerment programme he organised for his constituents.

The lawmakers subsequently set up an ad-hoc committee to investigate the governor’s latest action.

Another major APC crisis is the one in Adamawa state which pitches two factions led by former Governor Murtala Nyako and current Governor Mohammed Jibrilla against each other.

An additional crisis requiring the attention of Mr. Tinubu is one involving the Senate President Bukola Saraki and the NWC, Speaker Dogara and other National Assembly members against Bauchi governor, Mohammed Abubakar.

How we were forced to have sex even while menstruating, trafficking victim narrates ordeal to Saraki, others