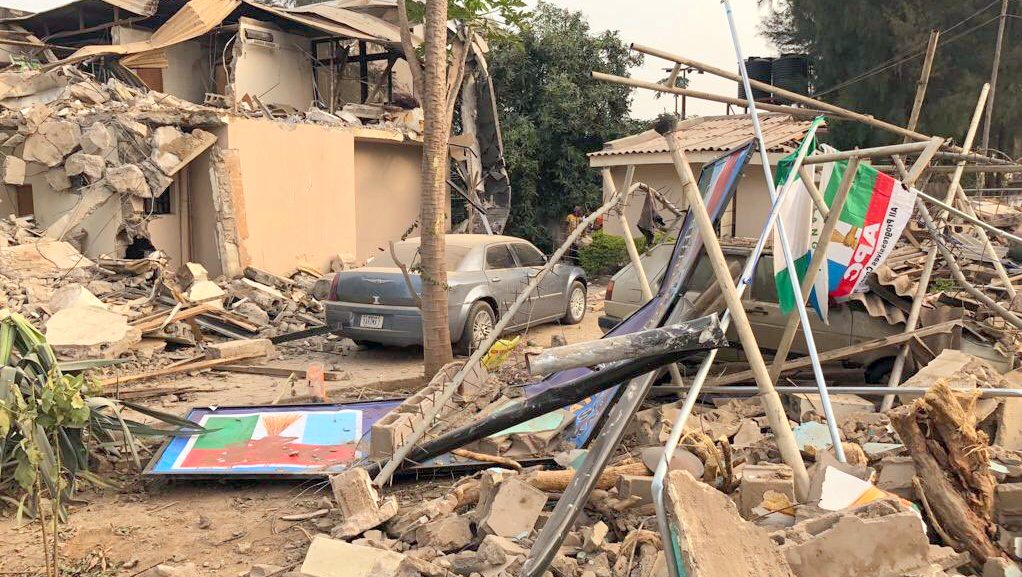 A building used by a faction of the governing All Progressives Congress in Kaduna State has been demolished by the state government.

The APC in Kaduna is split in three different factions, although the one backed by Governor Nasir El-Rufai is recognised by the party’s national leadership.

The demolished building is located at Sambo road and was demolished in the early hours of Tuesday in the presence of armed security operatives, PREMIUM TIMES learnt.

The state government is yet to give reasons for the demolition.

A twitter account believed to belong to a senator from the state, Suleiman Hunkuyi, confirmed the demolition.

“In the early hours of today, the @GovKaduna Mallam @elrufai personally drove a bulldozer accompanied by armored tanks to destroy my house at 11B Sambo Road. This is a new low and fighting dirty with such low level of pettiness is indeed unprecedented in Kaduna State,” the account tweeted sharing short videos of the demolition.

Mr. Hunkuyi, an APC senator, has vowed to work against the re-election of Mr. El-Rufai, and is believed to be the sponsor of the APC faction using the demolished building.