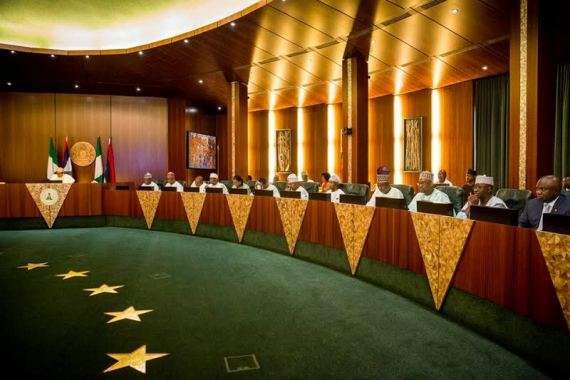 The Deputy Governor of Lagos State, Idiat Adebule, who presented the report to NEC did not disclose the exact amount involved.

Mrs. Adebule said the report covered the audit of revenues remitted into the Federation Account from the Excess Crude Account, ECA and Consolidated Revenue Fund, CRF.

In her presentation, the deputy governor said the report, which covered the period between January 2010 and June 2015, also uncovered a few over–remittances in some identified agencies, apart from late remittances into various accounts.

In its recommendation, the report asked the NEC to decide on a repayment plan for all affected agencies, while stepping up its oversight function on the relevant agencies to ensure that revenues were remitted when due.

Other recommendations include the proper and regular auditing of the account of the various revenue agencies and the federal government as well as the need for annual review of the agencies’ operations.

At the end, PREMIUM TIMES gathered that the council resolved to expand the ad-hoc committee to include a lawyer and an accountant.

The expanded committee would also include representatives of the federal government, including the CBN Governor, Ministers of Finance, Budget and National Planning and Minister of State for Petroleum Resources to review the report.

Besides, the council resolved that the committee would study the KPMG report and the recommendations and report back to the council at its next sitting for possible adoption.

The council had constituted the committee in late 2017 following reports that uncovered fraud in about 13 of the agencies as well as questionable loans granted by some of the revenue-generating agencies.

Meanwhile, the Accountant General of the Federation, AGF, Ahmed Idris, in his briefing at the meeting disclosed that the balance in the ECA as at Wednesday, February 14, 2018 stood at $2.32 billion, while balance in the Stabilisation Fund Account as at the same date was N11.29 billion.

On the Natural Resources Development Fund, Mr. Idris said the balance stood at about N123.6 billion.

Speaking on the budget support loan facility to states, he said 23 states have so far accessed the facility, out of which 11 states received a total of N16.1 billion as financial support in January 2018.

The AGF said eight outstanding states were under consideration under the 22 point requirements of the Fiscal Sustainability Plan.