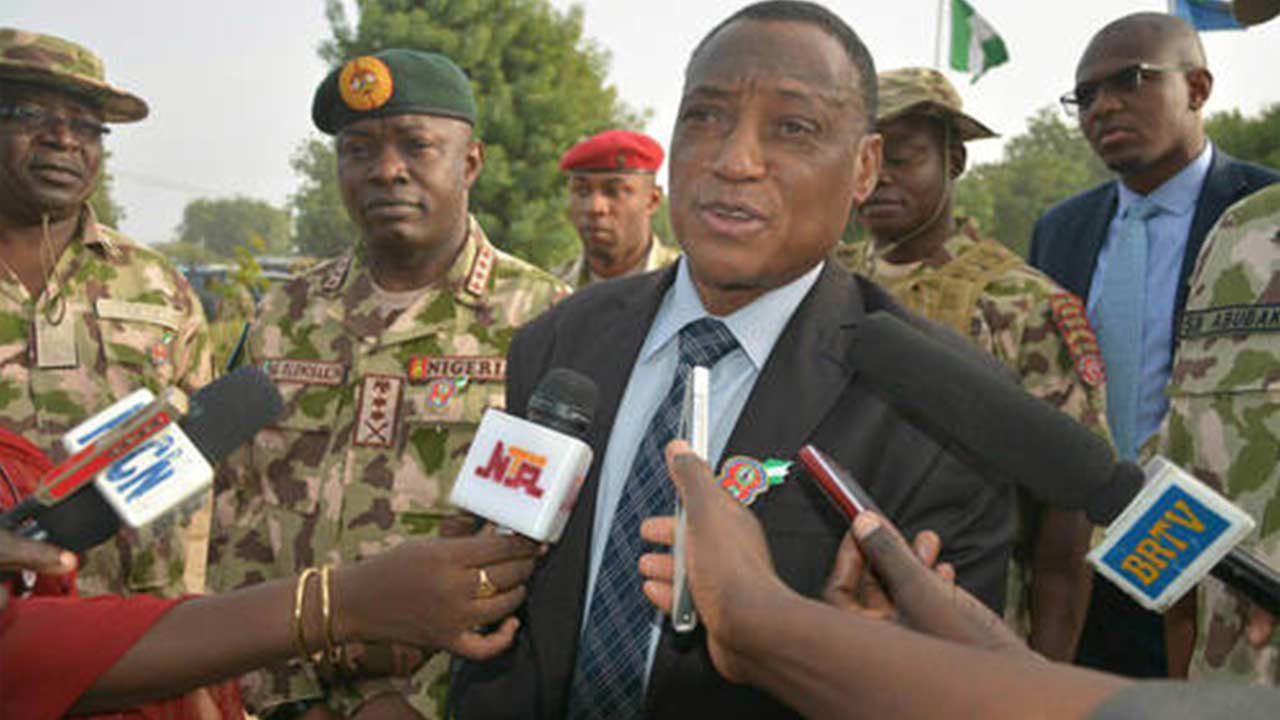 In a defiant tone Thursday, the Federal Government blamed the passage of anti-open grazing law in some states as the cause of the recent killings by herdsmen in some of the states.

The government has been accused of bias in its handling of the crisis, with critics asking why perpetrators of the violence have not been arrested.

Benue governor, Samuel Ortom, whose state has suffered the latest bout of bloodletting, said two weeks ago that he informed the federal government of planned attacks by herdsmen, yet the state received no protection.

In its latest reaction Thursday, the government did not blame the attackers responsible for at least 72 deaths this year. It said the decision of some states to enact laws to stop open grazing triggered the violence.

It also said the “remote” cause of the violence was the violation of areas demarcated over the years as grazing reserves.

Benue, Taraba and Ekiti are some of the states where the anti-open grazing law has taken effect.

Hundreds of Nigerians were killed in the first two days of this year in some of these clashes in Benue and Taraba states.

The Benue State government organised a mass burial on January 12 for 72 of the victims of the killings in Logo and Guma local government areas of the state.

Speaking on the plans by the federal government to check the deadly clashes between farmers and herders, the Minister of Defence, Mansur Dan-Ali, said the anti-open grazing law sparked off the clashes.

Mr. Dan-Ali, who was briefing State House correspondents at the end of a meeting of security chiefs with President Muhammadu Buhari, urged Nigerians to learn to accept foreigners in their areas.

He also said it is illegal for state governments to set up and arm forest guards.

“Whatever crisis that happened at any time, there has to be remote and immediate causes,” the minister said.

“What are the remote causes of this farmers/herders crisis? Since Independence, we know there used to be a route whereby these cattle rearers use.

“Cattle rearers are all over the nation, you go to Bayelsa, you see them, you go to Ogun, you see them. If those routes are blocked, what happens? These people are Nigerians, it’s just like you going to block river or shoreline, does that make sense to you?

“These are the remote causes. But what are the immediate causes? It is the grazing law. These people are Nigerians, we must learn to live together with each other, that is basic.

“Communities and other people must learn how to accept foreigners within their enclave, finish!” he said.

Mr. Dan-Ali faulted the decision by some states to set up and arm forest guards, saying it is illegal.

He said fully armed militia were arrested in some states, adding that killings were from all sides.

To check the crisis, the minister said the quarterly security meeting with President Buhari decided to set up a commission on small arms proliferation in the country.

He said the decision was “in compliance with the presidential directive for the establishment of National Commission on the Control of Small Arms and Light Weapons in the country.”

He said the Ministry of Defence, in conjunction with the office of the National Security Adviser, “has set up a committee to work out modalities to transform the Presidential Committee on Small Arms and Light Weapons, PRESCOM, to a National Commission”.

He said the committee will be inaugurated Thursday at the office of the NSA.

Mr. Dan-Ali also said the meeting discussed the issue of the purchase of “Super Tucano” aircraft from the United States of America, USA.

He said the meeting discussed the terms and conditions of the purchase “and agreed that the conditions are a bit stringent”.

He said the meeting resolved that the Defence Minister and the NSA should meet with the USA Ambassador to Nigeria to review some of the conditions.

He said the cost of the aircraft is $494 million, including for training and maintenance capabilities.

“However, deadline for the payment was given as February 20, this year,” he said.

The Defence Minister said the meeting discussed “some of the issues at hand, that is the farmers/herders crisis, which the IG gave full details”.

Mr. Dan-Ali said the formation of the commission on small arms proliferation is one of the key measures being taken to curb the wanton killings in the country.