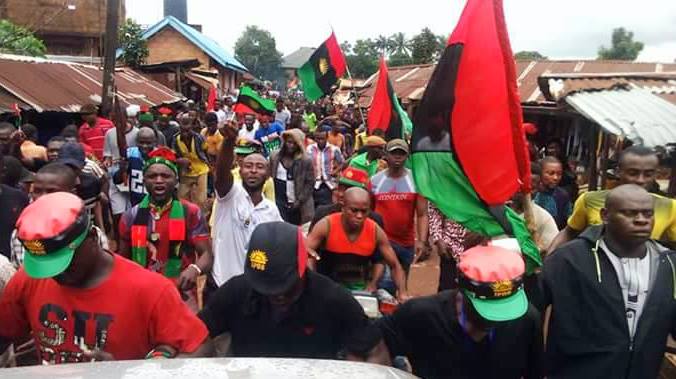 An Abuja Division of the Federal High Court has refused an application by members of the Indigenous People Of Biafra seeking the nullification of the proscription order made against the group on September 20.

Members of IPOB had approached the court after it made an order proscribing the group as a terror organisation last September.

IPOB had through its lawyers, led by Ifeanyi Ejiofor, alleged a violation of its fundamental rights to fair hearing and freedom of assembly by the federal government in its (governments) motion brought ex parte.

An ex parte motion is one that does not require the participation of all sides before a decision can be taken by the court.

In his ruling, Justice Abdul Kafarati said the basic instrument in the particular ex parte motion was the approval of the Nigerian president which was stated to have been given in the application brought by the Attorney General of the Federation.

Consequently, the court said it was of the view that: “the application brought by the Honourable Attorney General of the Federation ex-parte was properly brought”.

He added that the rights of the IPOB members were not abused as alleged by their lawyers and ordered N500,000 as damages to be paid by the applicant.

The proscription order made by the court in September, came days after the IPOB leader, Nnamdi Kanu, went missing from his home in Abia State.

Mr. Kanu who is facing trial with other defendants on alleged terrorism and other related offences has not been seen since last September.