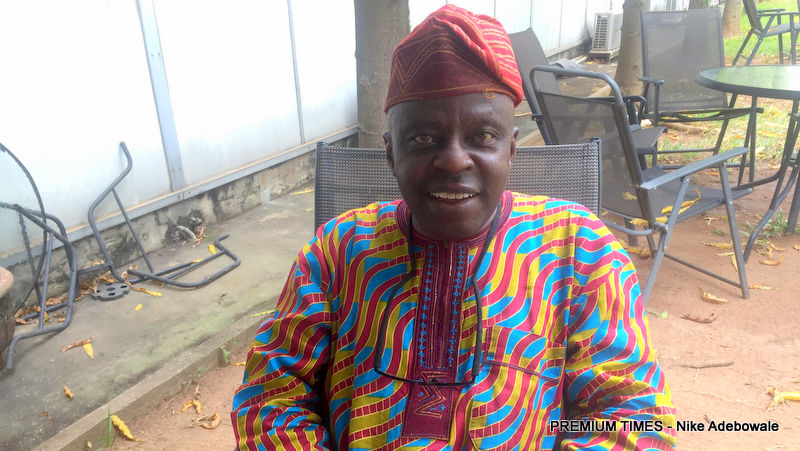 INTERVIEW: UNICEF spent over $10 million in Nigeria to treat acute malnutrition, others in 2017 – Official

A senior nutrition specialist at UNICEF’s Nigeria country office, Bamidele Omotola, in this interview speaks on the efforts made by the global body to curb the ravaging effects of infant malnutrition, morbidity and mortality across the country noting that government’s lethargy in providing needed funds is crippling strides made. Excerpts:

PT: Can you give us an explanation of what Early Childhood Development means?

Omotola: The issues of Early Childhood Development is calling the attention of parents, government, communities and everybody including the media, to the fact that the child is a total being who should be nurtured from conception. We should also recognise that even before conception, anybody going into the business of making children should be prepared. That is when we talk about the pre-conception stages. This means that women must be prepared for the business going into it.

And the moment a woman is conceived of a baby, such a woman needs attention not only for herself but also for the unborn child. This is because the child is an obligatory parasite, who depends on meeting his or her entire need from the woman. All those needs must be provided for by the woman so the child can benefit from it. I also want to note the issue of reducing stress for the pregnant woman, because anytime the woman is stressed in pregnancy, it affects the development of the child. For me, as a nutritionist, we recognise that the development of that child within the first 1,000 days of life starting from the day of conception till the child is two years is very critical to whatever that child will be in future.

Omotola: It is as a result of the inability of the mother to provide for that child while the child is in the womb. That is why the child is stunted. Otherwise, if the mother had everything including good food, stress free pregnancy period etc., the child would not be born stunted. About 10 to 15 per cent Nigerian children are born stunted. So what parents, government and communities can do to prevent stunting is to prepare a woman for child bearing. It is a stage that should be well planned for. The food the mother eats must be well prepared and have lots of nutrients in it because whatever she eats is what the child eats. So there is an increased demand in terms of nutrition for a pregnant woman. Similarly, when a woman is breastfeeding, there is also an increased demand, so at least one meal extra must be provided. Also, her stress must be reduced in terms of washing, cooking which is usually associated with women in Nigeria.

PT: What is the thrust of UNICEF’s nutritional support initiative to the North-east?

Omotola: In the North-east, UNICEF is one of the leading humanitarian organisations and we provide both technical and financial services to the North-east and directly to the government. This is in terms of providing them with adequate human resource, rebuilding their schools, and providing technical support to ensure that school starts and children are sent back to school. In terms of nutrition, we provide them with nutrition interventions supplies to ensure that we treat those who are severely malnourished to be able to prevent death. We also prevent malnutrition by providing infants and young child feeding services, counselling mothers and providing additional counselling on dietary intake. The children, especially those above six months are provided with micro nutrients powder to enhance their ability to enrich whatever food is given to them, so that they can eat more and eat well. This will enable them meet their nutrient requirement. Unaccompanied children are also provided with structures to link them up with foster homes or with their parents.

PT: How is UNICEF coping with government officials’ diversion of IDP commodities, including nutritional supplements?

Omotola: The issue is that we are partners to the government, so we put in place a number of monitoring activities to ensure that such supplies gets to the targeted persons. Yes, we have heard that diversion of supplies do occur; but definitely, not the ones from UNICEF. We do not just send supplies and sit back in the office, we have our people on the field. We monitor what happens to the supplies we give, ensuring that both material and financial supplies, end up with the beneficiaries. We have logistics in place. We monitor, record and provide supportive supervision.

PT: Nutritional budgetary allocations from different governments at all levels seem to be very little or non-existent. What is UNICEF doing to encourage appropriate nutritional budgeting in Nigeria.

Omotola: There are two issues linked to that question. One is, we encourage the government, we call their attention to the issues of malnutrition for them to know. We embark on vigorous advocacy programmes, meeting all the major stakeholders which include government, traditional leaders, community leaders, religious leaders, community based organisations, in order to make them know that we all have a responsibility. If they do not know the consequences, they may not be able to take the necessary actions that are required.

PT: You mentioned that Nigeria records about 756,000 under five deaths every year. What can be done to either reduce this figure or end it?

Omotola: A higher proportion of children die within the first two months of delivery. Mismanagement is a factor. I see no reason why a woman will not breastfeed her child at birth. If a child is not breastfed and takes all kinds of concoction, he/she is introduced to infection. There is no health system to help the child. The woman needs the permission of the husband to take the child to the hospital, the family also refuses to allow her go to the public hospitals but instead takes the child to a traditional healer. In addition to that, there is a high fertility rate, which we have to correct. There is also the issue of poverty, which is not only by money but also about knowledge. A woman who does not have adequate knowledge in times of education, such a woman will not know what to look out for. So she just looks at the child until the child dies.

PT: How much has UNICEF spent on nutrition in the North-east region and in Nigeria as a whole in 2017?

Dr. Omotola: In nutrition, at a conservative estimate, we will put our total expenditure around the North-east to more than $10 million in 2017. And in Nigeria, we have spent about N40 million on nutrition in 2017. This has been helpful to the people and we have seen lots of results from it and we publish them. I was at an ECD conference and a lady asked if UNICEF is needed in Nigeria? My answer is very simple. You can only come to a justification to say whether you need somebody or not. It is only when you know the amount of support you receive that you can do this. The federal government is to provide only $3 million for nutritional supplies for 2017 and we are yet to receive that money. Except if it is released today or tomorrow, but as at the time I left Abuja, it has not been released.

The support the federal government is to provide is not to UNICEF, the support is to be able to run the programme. So the programme solely depends on donor funding, which we know every country now has issues. The issue of donor interest is also changing, so the luxury is that governments should be able to take up their responsibility. We also bring with us the global best practices, which the government does not need to pay for. We know how and where things work, and we work with the government to be able to provide that. We also mentor government partners on how to do things. We have close to about 400 UNICEF staff working in different parts of the country and we are not even talking about the salaries they receive. And most of them are even Nigerians.

PT: Is this the first time the government made a pledge to support the fight against malnutrition and did not fulfill it?

Omolola: It has been happening. Before now, UNICEF had always been doing what it felt it could do to support the government but increasingly we get to realise some of our donors have conditions, even though we recognise that it is a partnership. But what is the essence of a partnership if it is only one partner that is ‘carrying the load’ and the other partner is just strolling behind. That is not partnership. So you should be able to put in money because that is the only way it (programmes) can be sustained. And that is why a number of programmes were discontinued.

PT: Apart from the federal government, what other partners are involved in the fight against malnutrition?

Omotola: Our partners include, Save the Children, Action against Hunger, and the World Bank. Also, DFID has been supporting nutrition in northern Nigeria. For the past few years, USAID has also been working (with us) on nutrition issues through partners. The landscape has been increasing as we also have a couple of NGOs working with us on nutrition.

PT: How many children has UNICEF been able to reach over the years?

Omotola: If you look at severe acute malnutrition, over the years, we have treated over one million children. In 2017, we treated over 400,000 children in Nigeria. Close to a million families have also been reached with infant and young child feeding counselling, which also takes care of pregnant women.