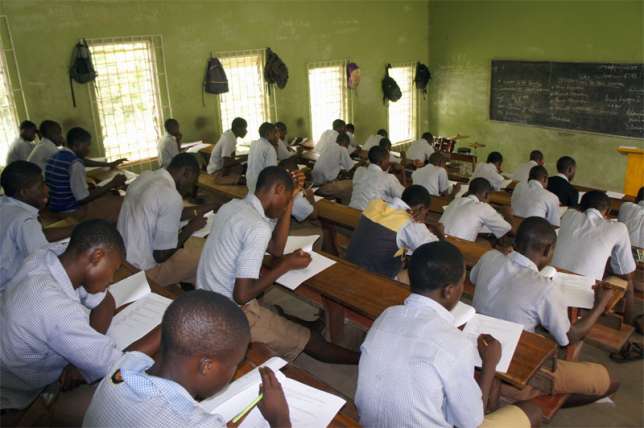 Students used to illustrate the story

The Registrar of the Council, Charles Uwakwe, a professor, announced the results on Tuesday at its headquarters in Minna. ‎
‎
Mr. Uwakwe said that a total of 42, 985‎ candidates registered for the examination and 42, 429 wrote the examination in 28 subjects.

The registrar said that 32, 917 candidates representing 77.58 per cent had five credits irrespective of English Language and Mathematics.

Mr. Uwakwe explained that 32, 701 candidates representing 78.82 per cent had credit and above in Mathematics‎.

He said that 29, 258 candidates representing 70 per cent had credits and above in English Language.

According to him, 4,425 candidates, representing 10.43 per cent were involved in examination malpractice.

The registrar noted that the number represented ‎5.9 per cent reduction in examination malpractice compared to 2016 record.

Mr. Uwakwe said that the results were released on time to enable candidates who needed them for the admission for 2017/2018 academic session.‎

“It will please the general public to know that this is the first time the council is releasing result of Nov/Dec ‎SSCE results barely 38 days after the test.

“The early and timely release of the 2017 Nov/Dec SSCE result is in line with the council new work ethos that borders on efficient service delivery,” he said.

Mr. Uwakwe said that the feat was possible as a result of deployment of improved logistics that ensured appropriate standards.

He urged the candidates to access their results on NECO Website – www.mynecoexams.com, using their examination registration numbers and the council approved result checker.‎

The News Agency of Nigeria (NAN) reports that Ogun State was best in performance of the 2017 SSCE Nov/Dec. Examination.

Adamawa is the third on 464 cases of examination malpractice, representing 10.48 per cent.

Killings by herdsmen is terrorism — Fayose