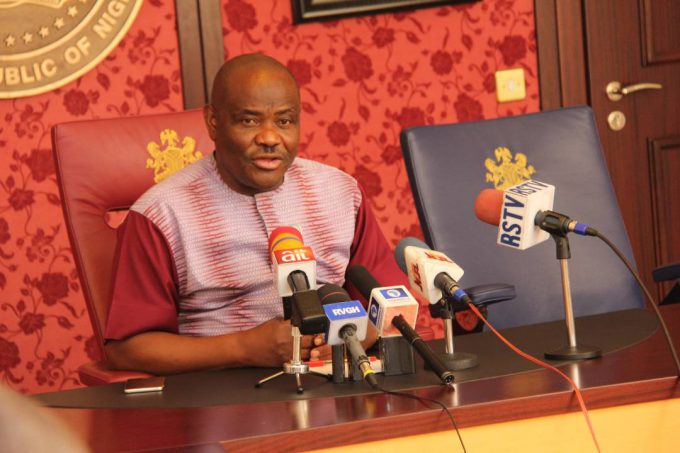 The Rivers State government has reacted to information trending on the social media that Governor Nyesom Wike was planning to recognise the late cult kingpin, Johnson Igwedibia, as a traditional ruler before he was killed over the weekend.

Mr. Igwedibia, popularly known as Don Wayne, was alleged to be the mastermind of the New Year Day tragedy in Omoku, Rivers State, where gunmen in the early hours of the day shot dead 17 people returning from church.

Mr. Igwedibia was killed on Saturday by a combined team of soldiers and the personnel of the State Security Service, SSS, who tracked him down to Enugu, in Enugu State, where he was hiding.

The late kingpin in 2016 was conferred with the chieftaincy title of Oyirimba I of Ogba land by the paramount ruler of Aligwu community, Ogba/Egbema/Ndoni Local Government Area, ONELGA, in the state, C. Nwokocha, according to a report published by the Vanguard newspaper.

The paramount ruler, according to the report, claimed that Mr. Igwedibia was honoured because, as a former militant, he renounced violence and embraced the amnesty programme of the Rivers state government.

The paper said the paramount ruler described Mr. Igwedibia as “God-sent” for the Aligwu community.

Two of Mr. Igwedibia’s lieutenants, including his second-in-command, Ikechukwu Adiele, who was also shot dead in Enugu on Saturday, were also honoured with chieftaincy titles by the community.

However, the Commissioner for Information, Rivers State, Emma Okah, said the state government was not aware of the conferment on Mr. Igwedibia and his colleagues.

“In this case, traditional rulers are entitled on their own to confer chieftaincy titles on anybody of their choice; the government does not need to recognise those ones.

Mr. Okah said that the “closest” relationship Governor Wike had with Mr. Igwedibia was last year when the militant embraced the amnesty programme of the state government.

He said the late cultist never had “one-on-one interaction” with the governor.

“You see, for us in Rivers State, the effort we make is to reduce criminality to the barest minimum, and we offer both the carrot and the stick approaches as advisedly done using international standard and best practice.

“Now, when we offered the amnesty, he embraced it and came in. Amnesty means that all sins before that time have been forgiven. But from the time amnesty is granted, any fresh sin you commit, you answer for it. This is within the purview of security agencies.

“The governor of a state cannot stop security agencies from carrying out their constitutional responsibilities. And it is also defeatist for anybody to imagine that a state governor would be spending hard-earned resources to support the security agencies to fight crimes in the state to turn around and also be encouraging the same thing,” Mr. Okah said.

The commissioner said the killing of Mr. Igwedibia would help reduce cultism.

“This is the time to redouble our effort. Active monitoring is what is required. What the federal government and the security agencies should do as the next step is to first of all take advantage of the millage now and build upon it.

”Increase the synergy between the state, security agencies and the public. Two, divorce politics from security; if anybody is found wanting, bring him to book,” he said.