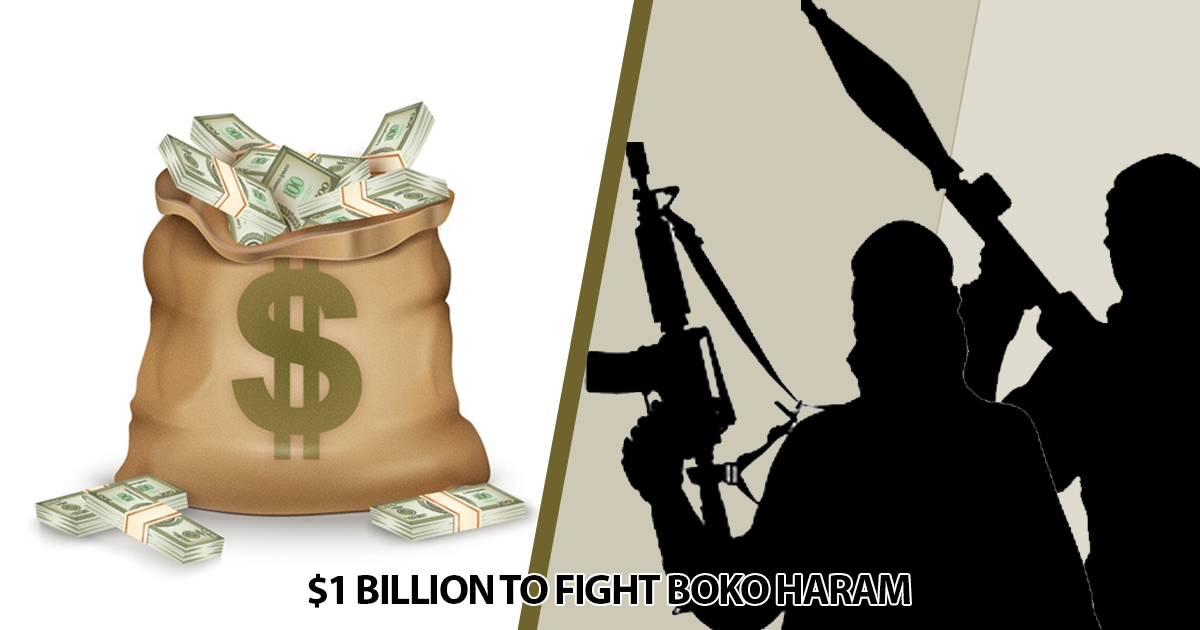 The decision of the federal government to spend $1 billion from the Excess Crude Account on security has divided Nigerians with a slight majority opposing the move, according to a poll.

The poll, conducted by PREMIUM TIMES, shows that 50.8 per cent of the 1,810 participants opposed the government’s decision.

The Nigeria Governor’s Forum was the first to announce that it had agreed that the federal government spend the $1 billion to fight the Boko Haram insurgency.

Vice President Yemi Osinbajo later explained that the money was meant to not only fight Boko Haram but to also address other security challenges.

Some Nigerians including the Governor of Ekiti State, Ayo Fayose, have opposed the decision with Ekiti local governments suing the federal government over the matter. Mr. Fayose’s compatriot in the Peoples Democratic Party, Governor Nyesom Wike, later gave his reasons for supporting the expenditure of the $1 billion.

A total of 1,810 participants took part in the online poll which lasted for five days. The poll was conducted in a way that made it impossible for a respondent to vote more than once from the same computer or mobile device.

Holding a contrary view were 45.2 per cent of the respondents (818) who supported the decision. About 24.5 per cent (444 respondents) of the supporters said they support the move “if it will help defeat Boko Haram” while 20.7 per cent of the participants (374 respondents) said that they trust the government to spend the money judiciously.

Meanwhile, four per cent of the participants (77 votes) said they do not care whether or not the money is spent.

Over 14 million Nigerians are said to be directly affected by humanitarian crises caused by insurgents, who have waged a violent campaign that has claimed thousands of lives and displaced many as they seek to carve out an Islamic state.

Although their activities have been largely curbed by the Nigerian military, the insurgents still carry out attacks on soft targets and security officers in the region.

The Governor of Gombe State, Abdulaziz Yari, had earlier said that the ECA had a balance of $2.317 billion as at December 13, 2017.

Nigerian governors had during the 83rd NEC meeting on December 14, approved the withdrawal of the $1 billion.

However, Mr. Fayose has since dissociated himself from the approval, saying that it was illegal and would be challenged in court.

He also claimed that the funds were being drawn to fund the re-election bid of President Muhammadu Buhari in 2019.

The Majority Leader of the House of Representatives, Femi Gbajabiamila, later supported Mr. Fayose’s stance to go to court if he was against the planned expenditure.

Two top officials of the present administration had in the heat of the controversy generated by the announcement moved to quickly douse tension.

Providing a further explanation on the money, Vice President Yemi Osinbajo said the money was not meant for Boko Haram war alone.

“It was on account of the security summit that the governors at the Governors’ Forum subsequently decided that they would vote a certain sum of money, which has become somewhat controversial, the $1 billion, to assist the security architecture of the country.

“It was to assist all of the issues in the states, including policing in the states, community policing, all of the different security challenges that we have,” Mr. Osinbajo said at a retreat of secretaries to the government at state and federal levels in Abuja.

The Minister of Information, Culture and Tourism, Lai Mohammed, expressed the same position at a news conference in Lagos.

He said the Nigerian Governor’s Forum acted wisely in approving the funds based on the need, ”to properly fund security operations in the country to adequately respond to threats by Boko Haram and other criminals.”

Mr. Mohammed pointed out that the approved fund was not to fight Boko Haram in the North-east alone but also to tackle kidnapping, cattle rustling, illegal oil bunkering and other crimes.

He expressed dismay that an action intended to make the country safer had been subjected to attacks by people, ”with ulterior motives.”

The minister also said that it was wrong to sacrifice the issue of security on the altar of politics, saying ”opponents of the fund were taking politics too far.”

He also spoke about why the government still needed funds to fight insurgents it had declared as ‘technically defeated’ a few months earlier.

“The fact that Boko Haram has been largely degraded does not mean the war is over. As we have said times without number, asymmetric wars like the one against Boko Haram do not end with an armistice.

“It is, therefore, curious that some of those who have criticised the one-billion-dollar approval have hinged their argument on the fact that the Boko Haram has been degraded.

“Perhaps also, the critics do not know that fighting an asymmetric war is costlier than fighting a conventional war. In any case, wars, especially the war against terror, are never fought with budgetary provisions.

“It is common knowledge that the annual budgetary allocation to the military is not commensurate with the internal security challenges we face, for which we have had to continuously rely on the military to assist the police and the Civil Defence Corps,” he said.