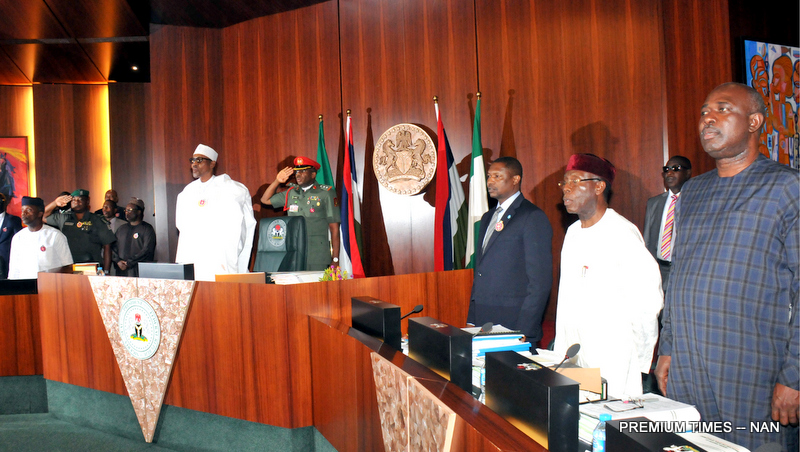 Controversy has trailed the massive, historical appointments made by President Muhammadu Buhari on Friday.

The office of the Secretary to the Government of the Federation, SGF, late on Friday announced the appointment of 209 board chairpersons and 1,258 board members.

This was the largest single appointments made by the president since assuming office in 2015.

President Muhammadu Buhari had in his October 1 Independence Day speech announced that the long-awaited appointments would be made soon.

A scrutiny of the names, however, shows that at least three of them might be those of people who died after Mr. Buhari was sworn in as president on May 29, 2015.

About four other names are duplicated in more than one agency while some opposition politicians also got appointed.

Francis Okpozo, believed to be the second republic senator that died in 2016, was appointed chairman of the Nigerian Press Council.

The late ex-senator battled with an undisclosed ailment at a private hospital in Benin.

Coincidentally, when the ex-senator died, the president in a statement by his spokesperson, Femi Adesina, commiserated with “the family and friends of the late senator, whose championing of social justice in the Niger Delta, during his long history of service to the people, endeared him to many.”

Until his death, he was a chieftain of Nigeria’s ruling All Progressives Congress, APC, in Delta State.

Neither the presidency nor the SGF, Boss Mustapha, was able to clarify on Saturday morning that the Mr. Okpozo appointed to the NPC board is different from the late former senator. They were also not able to clarify the other controversial appointments.

“Contact the SGF office, he is the person handling it,” he said.

An aide to the SGF, however, said he was on holiday and could only speak upon resumption on Wednesday.

Another controversial appointee is Donald Ugbaja, who is believed to be a late former deputy inspector general of police.

The former police chief died a few weeks ago.

Mr. Ugbaja was appointed a board member of the Consumer Protection Council.

A third person, Christopher Utov, was appointed board member of the Nigerian Institute of Social and Economic Research.

He is believed to be the same person as a Catholic priest from Benue State who died on March 18.

The list of the new appointees also shows duplication of names, with few persons appointed into more than one board.

Sabo Nanono was appointed a member of the board of the National Agency for Science and Engineering, NASENI. He was, however, also appointed chairman of the board of Nigerian Tourism Development Corporation, NTDC.

Kabiru Matazu was appointed chairman of FCT Universal Education Board and also appointed to chair the board of Federal Medical Centre, Abeokuta.

Umaymah Abdullahi was named on the board of Lake Chad Research Institute, Maiduguri as well as the Federal Medical Centre, Sokoto.

A Kano governorship aspirant, Ibrahim El-Amin, popularly known as Little, was appointed board member of the Federal Medical Centre, Owo.

In August, Mr. El-Amin decamped from APC to PDP in what was seen as heralding the eventual defection of the former Nigeria Vice President, Atiku Abubakar.

Another person from Kano and close confidant of Mr. Abubakar, Murtala Adhama, was also appointed into the board of Oil and Gas Free Zone Authority.

Mr. Adhama, though not known to be a party man in Kano politics, is, believed to be among Mr. Abubakar’s close strategists.

Another ally of Mr. Abubakar that made it into the list is Bashir Ibrahim. Mr. Ibrahim is factional chairman of the Peoples Democratic Movement, PDM.

He was appointed member of the board of Benin-Owena River Basin Development Authority.

It is unclear if the three men would pick up their appointments, or ignore them considering the new political stance of Mr. Abubakar.

However, it is not illegal or inappropriate to appoint opposition politicians into such offices. A serving minister, Aisha Alhassan, is still holding on to her office, despite her public pledge of loyalty to Mr. Abubakar who is expected to be a PDP presidential candidate in 2019.

While both the SGF and the presidency are yet to officially clarify the controversies, a source in the presidency told PREMIUM TIMES of the likely cause of the mix-ups.

He explained that after Mr. Buhari’s October 1 statement of the imminent establishment of the boards, the president advised that that list compiled in 2015 be given priority as he considered it to be a fair one.

“But that does not stop the SGF from doing due diligence to prevent all the gaffes,” the source said.

The source’s explanation would clarify the inclusion of the ‘dead’ persons and loyalists of Mr. Abubakar. All the three dead men mentioned in this story were alive in 2015. Also, Mr. Abubakar and Mr. Buhari were still close in 2015 with the former vice president still a chieftain of the ruling party.