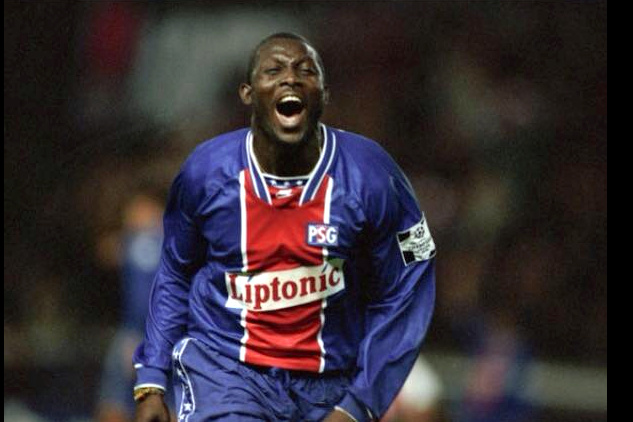 Former World Footballer of the Year, George Weah, has reacted to news of his declaration as winner of Tuesday’s presidential run-off in his country, Liberia.

That country’s National Elections Commission on Thursday evening declared the former footballer and candidate of the opposition Congress for Democratic Change (CDC) as scoring 720,023 votes, which is 61.5 percent of 98 percent total votes cast at the election.

That effectively made him the president-elect of the small West African nation.

The incumbent vice president and candidate of the ruling Unity Party, Joseph Boakai, scored 451,088, which is 38.5 percent of the vote cast.

Reacting to the development via a post on his Facebook Page shortly after the announcement, Mr. Weah said, “My fellow Liberians, I deeply feel the emotion of all the nation. I measure the importance and the responsibility of the immense task which I embrace today.

The footballer-turned-politician is expected to make a detailed statement after his official declaration as president-elect.

But the CDC candidate has been addressing Liberians in the past days, albeit in few words, with the confidence of a winner.

On Wednesday, a day after the run-off, Mr. Weah reacted to the UP’s premature claim of victory by simply underlining how confident he is of emerging victorious in the election.

“The Liberian people clearly made their choice yesterday and all together we are very confident in the result of the electoral process,” he said shortly after a spokesperson for the UP claimed the ruling party had won four of six counties purportedly declared by the elections commission.

Hours after polls closed on Tuesday, Mr. Weah brimmed with confidence, telling his country people, “It is with deep emotion that I want to thank you, the Liberian people, for honouring me with your vote today. It is a great hope.”

Even on the eve of the election, the ex-footballer thumped his chest, telling whoever cared to listen that he was on the cusp of history.

“I am deeply grateful to my family, my friends, and my loyal supporters who contributed to our campaign during this extremely long election season,” he said hours before the run-off. “We are on the verge of making history for our people.”

Liberia, a country ravaged by war for years and which now suffers serious infrastructural deficit, is in dire need of a leader that can consolidate on the gains of outgoing leader, Ellen Johnson Sirleaf, who is stepping down in January, analysts say.

Mr. Weah believes he fits that bill, making many promises in the run-up to his election – pledging to give his country the kind of leadership it needs.

“I will put all my strength, my energy, my sincerity and my influence at the service of the Liberian people,” he said on December 11, shortly after the New African Magazine named him among 100 Most Influential Africans of 2017.