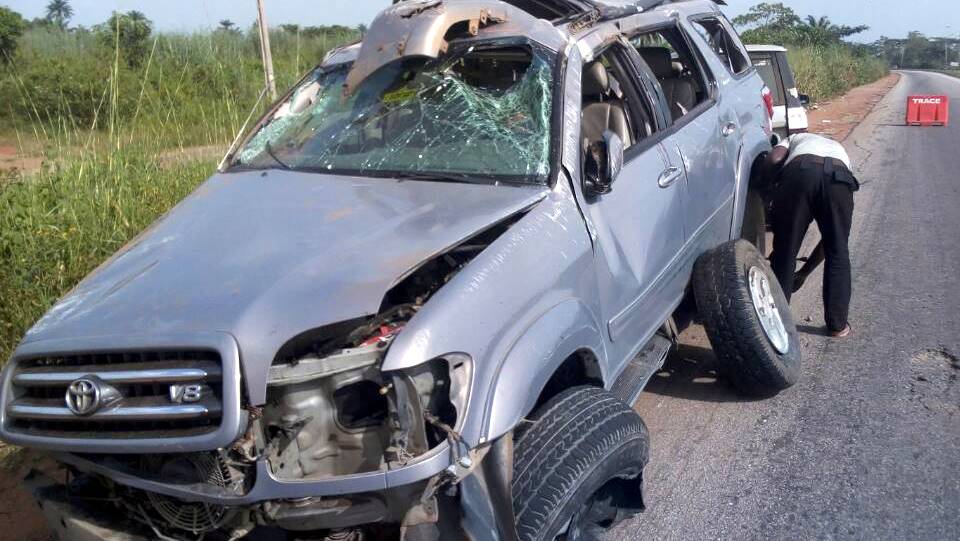 At least nine people including a pregnant woman were on Saturday evening crushed to death by an overspeeding vehicle.

The dark green Honda Civic vehicle with registration number AA 160 KMC‎ was coming from the Gujungu Jahun road at top speed when it hit pedestrians while trying to avoid a ‎culvert.

A PREMIUM TIMES correspondent who witnessed the accident said nine of the pedestrians, mostly women and children, were killed. The injured victims were rushed to the Jahun General hospital.

One of the victims, a pregnant woman, was among those rushed to the hospital where she was operated upon in an attempt to rescue her baby. Mother and baby were later declared dead.

PREMIUM TIMES learnt that the fuel scarcity in the state caused many passengers to be stranded on the roads including those hit by the vehicle.

The driver, who was said to be alone in the vehicle, ran away and abandoned the badly damaged car at the scene.

‎When contacted on Sunday, the Sector Commander of the Federal Road Safety Corps in Jigawa State, Angus Ibezim, cautioned drivers against over speeding.

He sympathised with the deceased families and admonished drivers to desist from overloading and overspeeding.

The sector commandant said he has directed the FRSC Gumel unit commander to move to the scene of the crash for a preliminary investigation, before a full assessment of the incident.