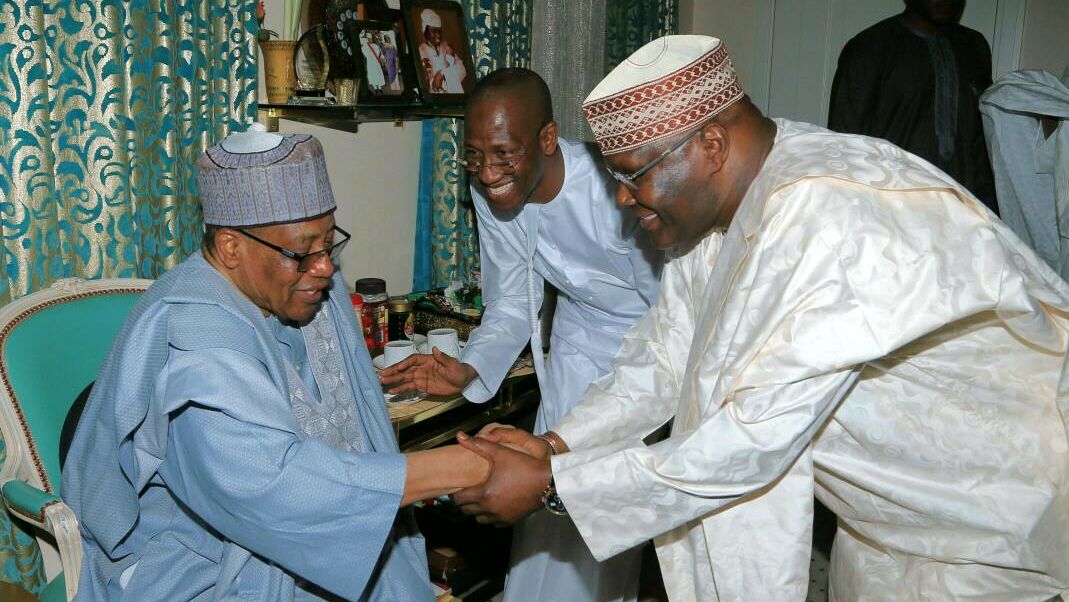 A former Head of State, Ibrahim Babangida, on Friday declared his support for Atiku Abubakar, as the former vice president intensifies consultations for a presidential run in 2019.

Mr. Babangida, Nigeria’s leader from 1985-1993, said media reports that he advised Mr. Abubakar not to run for election during a closed-door meeting Thursday was ‘laughable’ because it was ‘sponsored’.

“Anybody who has sponsored such report was just being unfair” to Messrs. Babangida and Abubakar, Kassim Afegbua, a spokesperson for the former military leader, told PREMIUM TIMES Friday evening.

Mr. Afegbua said no one knew the outcome of the meeting because it was held behind closed-doors amongst the two leaders.

The comments came a day after the two leaders met at the hilltop residence of Mr. Babangida in Minna, the Niger State capital, around noon Thursday.

Media accounts of the meeting said Mr. Abubakar angrily left his host because he was advised not to run against President Muhammadu Buhari.

The reports further speculated that the unfriendly face Mr. Abubakar allegedly wore indicated that he was rejected by Mr. Babangida.

“The report is very, very untrue,” Mr. Afegbua said. “When I read the report, I was laughing. Because it is far from what they both discussed.”

Mr. Afegbua said the relationship between his principal and his host remains cordial, warning reporters to stop playing politics with people’s relationship.

“They had a very useful political discussion. IBB also has a good relationship with Atiku. It’s not good to play politics with the relationship of people.”

Similarly, Paul Ibe, a spokesperson for Mr. Abubakar said since the meeting was held by only the two leaders, it would be difficult for anyone to know the details.

“Except those who were carrying these fake speculations were flying on the wall, there’s no way anyone would have known what happened,” Mr. Ibe said. “The report is a figment of the imagination of people.”

Mr. Ibe said the two leaders have been friends for a long time, and the outcome of their meeting was positive.

“Both leaders have enjoyed a mutual relationship for many years and what I gathered was that the meeting was very, very fruitful,” he added.

On Sunday, Mr. Abubakar returned to the PDP for the third time since 2007 when he left the party after serving eight years on its platform as a vice-president.

The move came a little over a week after he resigned from the All Progressives Congress.

He is expected to slug it out with President Buhari in 2019, if the incumbent’s recent signals of a possible re-election bid take hold.

Science roadmap will save Nigeria $11 billion in five years – Minister