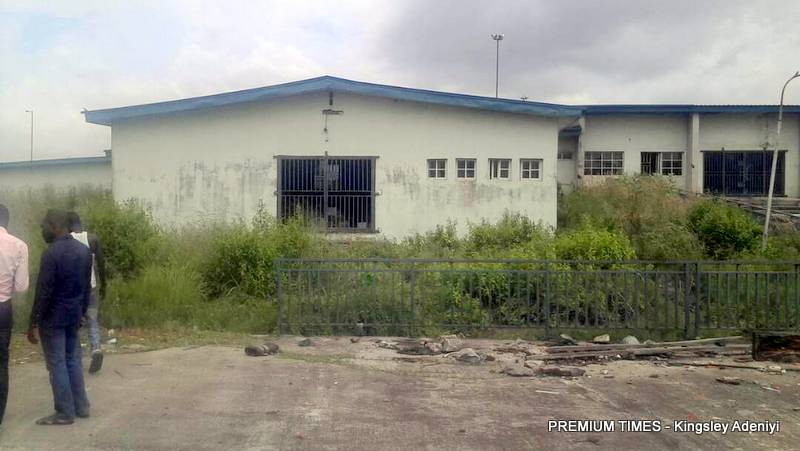 After receiving applause and encomiums for announcing a move to get private operators to revamp the dilapidated Mile 2 jetty “anytime next week,” three months later, nobody has lifted a finger on the project, PREMIUM TIMES can report.

Paul Kalejaiye, the Chief Executive Officer of Lagos Ferry Services, promised at a forum in August that the jetty had been handed over to private operators with the business model ‘Build, Operate and Transfer (BOT).’

At the forum, Mr. Kalejaiye noted that Governor Akinwunmi Ambode had approved the conversion of the jetty into a world-class facility, adding that it was going to have a shopping mall, a cinema and other live activities therein.

“We are going to have a modern jetty there and then it is also going to have the headquarters of Lagos Ferry Services,” Mr. Kalejaiye had said.

“So, we have taken our time and the governor is happy, he is pleased to have it concessioned so that we also did not deplete the resources of Lagos. That place has gulped a lot of money but it is going to be Build, Operate and Transfer (BOT).”

When PREMIUM TIMES visited the facility on Thursday, the jetty continued on its trajectory of disrepair. There was no visible sign of work as overgrown weeds and smell of overnight faeces welcome visitors into the promised modern structure.

The security officers manning the facility declined to answer questions posed by our reporter but directed him to a man named James Adeyemi who identified himself as the Yard Manager, representing Crownsworth Marine Development Company Ltd, the concessionaire of the facility.

According to Mr. Adeyemi, the work had been on hold due to lack of fund. He said the bank to sponsor the project was yet to honour the agreement signed.

“The problem is between us and the bank,” Mr. Adeyemi began.

“Initially, before they concessioned this place, there was an agreement already between my company and the bank.

“That is why we are saying six months, this place will be up and running. After the signing, the banks are now changing the agreement. That is what is really affecting commencement of work here.”

On how soon work will commence, Mr James said, “with the look of things, because anytime I speak with my boss, he always laments on the bank’s delay.

“I know this place is already giving him headache based on money spent to secure this contract. I believe before the end of January, work would have started.”

When PREMIUM TIMES contacted the Lagos official, Mr. Kalejaiye, on the slow pace of the planned world-class jetty, rather than reply to questions, he was furious over how we gained access into the facility.

“How did you enter our jetty without our permission? Who allowed you inside?” he said

He declined any further discussion.