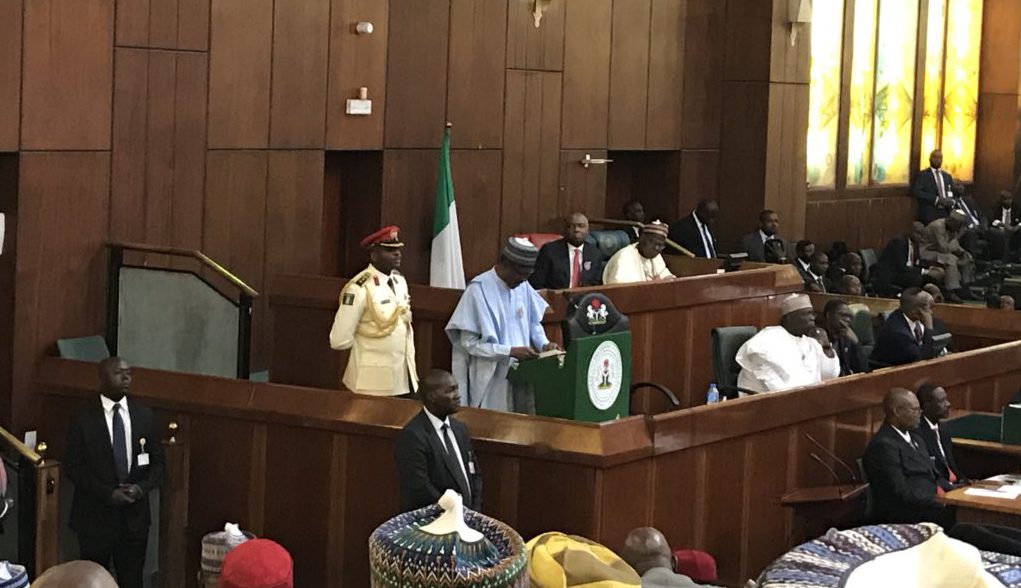 Nigeria has again ignored the commitment it made alongside other African countries 16 years ago on funding of health care services for its citizens.

Nigeria hosted the Heads of State of member countries of the African Union (AU) in 2001 who made the “Abuja Declaration” under which the leaders pledged to commit at least 15 percent of their annual budgets to improving their health sector.

Since the declaration, Nigeria has not attained the pledged funding benchmark as the federal government has never voted more than six percent of its annual budget to the health sector.

The highest percentage since the declaration was in 2012 when 5.95% of the budget was allotted to health.

In the 2018 Budget proposal President Muhammadu Buhari presented on Tuesday to the National Assembly, he allocated N340.45 billion, representing 3.9 percent of the N8.6 trillion expenditure plan to the health sector.

The allocation is less than the 4.16 percent and 4.23 percent made to the health sector by the administration in the 2017 and 2016 budgets.

In July 2013, Nigeria again hosted over 50 African Heads of State in a special summit that was tagged ‘The Abuja +12 meeting”, which reviewed the progress made on the promise of the Abuja Declaration on health funding.

Breakdown of the 2018 Health Budget proposal

If the appropriation bill is passed as presented on Tuesday by President Buhari, the N340 billion allocated means that government plans to spend N1,888 on each citizen for the whole year.

It is estimated that Nigerians spend N359.2 billion on medical tourism annually.

The budgetary allocation is against the backdrop of recent outbreaks of Monkey pox, Measles and Lassa fever, and the fight to end polio and high maternal and child deaths.

The country is also beset by poor primary health facilities, lack of functioning cancer machines or treatment centres, poor health emergency responses and low coverage of the health insurance scheme, among other issues.

In the 2018 health budget proposal, N269.34 billion was earmarked for recurrent expenditure which refers mainly to expenditure on operations, wages and salaries, purchases of goods and services, and current grants and subsidies; while N71.11 billion is for capital expenditure.

Though there was a little increase in capital expenditure when compared to the N51.1bn earmarked for it in 2017, in percentage term it was a decline as the 2017 budget was N7.4 trillion while that of 2018 budget is N8.6trillion.

Details of the budget proposal revealed that health came 12th as Power, Works and Housing got the highest capital project proposal with N555.88 billion, almost eight times that of health.

Nigeria’s health situation is of growing concern especially in the insurgency ravaged North Eastern region where access to medical care has diminished.

Various statistics also show that Nigeria has one of the worst health care delivery records in the world.

According to the World Health Organization, Nigeria is rated 187th out of 191 countries in terms of health care delivery.

WHO said one-third of more than 700 health facilities have been destroyed in the country and about 3.7 million people are in need of health assistance.

The health body placed Nigeria at third highest in infant mortality rate in the world.

Medical experts described as worrisome the recent figure released by international agencies which put Nigeria’s maternal mortality rate at 58,000 in 2015. This showed that Nigeria recorded the second highest maternal death rate in the world.

Apart from poor health interventions apparently caused by lack of funds, the sector has also experienced series of industrial actions by its workers over unpaid salaries and other administrative anomalies.

The Joint Health Sector Unions and Assembly of Healthcare Professionals, JOHESU, recently called off its nationwide strike which it embarked on September 20 to protest among other issues, salaries adjustments, promotion arrears, and improved work environment for its members.

“The fact that the Abuja declaration was made in Nigeria, we should be taking the lead, but other smaller countries like Kenya, The Gambia, Rwanda, Lesotho, Swaziland are the ones making bold steps in terms of budgetary allocation for health,” Aremu Fatai, the director, Policy and Legislative Advocacy at Partnership for Advocacy in Child and Family Health, a coalition of non-governmental organisations.

Mr. Fatai, a medical doctor, said the proposal was short of expectation.

“This doesn’t speak well of Nigeria’s image as the Giant leader in Africa and it doesn’t go well for the health sector because what this means is that the government does not prioritize health,” he said.

“Infrastructure, building roads and bridges are bad but then even when you build the road and bridges it’s only a healthy population that can utilize them. When you talk about agriculture, it’s only when the farmer is healthy that he can be more productive in the farm.”

He urged the National Assembly to use its power as it is constitutionally guaranteed to make necessarily adjustment to the appropriation bill and make sure that health gets a better deal in the budget.