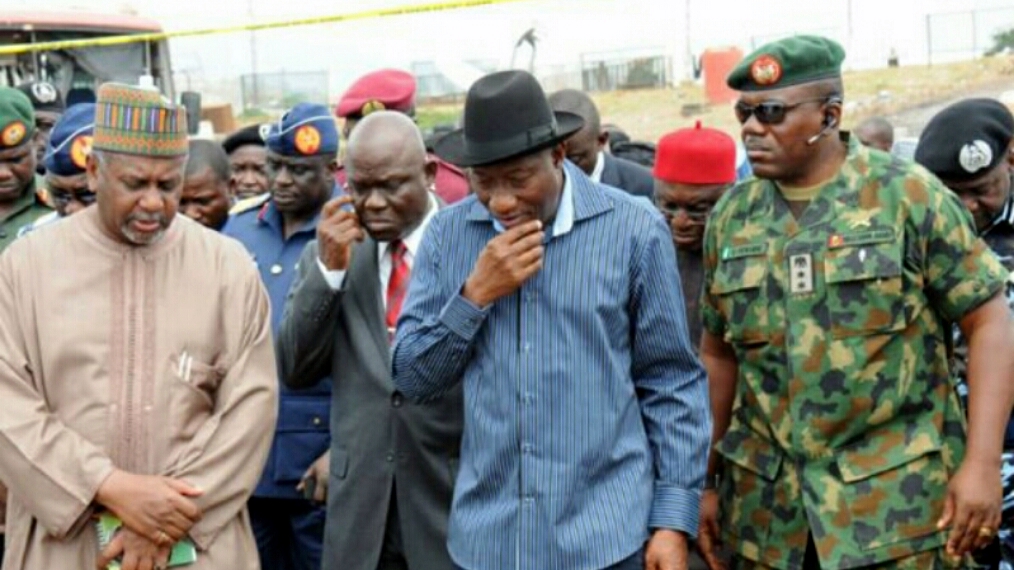 The Abuja Division of the Federal High Court has ordered its bailiff to ensure the service of its subpoena on former President Goodluck Jonathan within five days from Wednesday.

The subpoena is to make Mr. Jonathan appear as a defence witness in the ongoing trial of former Peoples Democratic Party spokesperson, Olisah Metuh.

Mr. Metuh is facing trial for alleged diversion of N400 million from the Office of the former National Security Adviser, Sambo Dasuki.

The defendant had also obtained a subpoena for the appearance of Mr. Dasuki in court as his witness.

On Wednesday, the court registrar confirmed the service of the subpoena on Mr. Dasuki but said Mr. Jonathan was yet to be served, after a first attempt to serve him (Jonathan) by the bailiff.

He added that in the event that the bailiff was unable to serve the former President with the subpoena in person, Mr. Metuh, for whom the subpoena was approved, will have to apply to the court to allow the bailiff serve Mr. Jonathan through substituted means.

“The bailiff is hereby given five days from today to serve the former President, after which the law will take its course. If it is impossible, the use of substituted means is allowed.

The court also ordered the prosecution to ensure that its client, (the federal government) compels the State Security Service to produce Mr. Dasuki in court or risk administrative action by the court, in compliance with the orders of the Appeal Court.

Following an order made by the Appeal Court on September 29, the lower court on Monday signed a subpoena for Mr. Metuh, represented by Onyeachi Ikpeazu, to ensure that Mr. Dasuki is produced in court as a witness for Mr. Metuh.

That same day, Mr. Dasuki’s lawyer, Ahmed Raji, asked the court to set aside the issuance of the subpoena until his client is released from detention.

Mr. Raji also told journalists that if his request is refused, he would approach the Court of Appeal because according to him, the order for the compulsory appearance of his client is a violation of Mr. Dasuki’s right.

The court on Wednesday dismissed Mr. Raji’s application. Mr. Abang said the subpoena had already been issued and that the decision to comply with Mr. Metuh’s request was based on an order of a higher court.

Mr. Abang further said section 124 of the Administration of Criminal Justice Act, which deals with the issuance of court service, was problematic and called on federal lawmakers to consider amending it.

“There is a problem with section 124. I hope that the lawmakers will take steps to amend section 124 of the ACJA,” Mr. Abang said.

Before delivering his ruling, Mr. Abang warned journalists in court against misinterpreting proceedings.

Citing the headline of one of Nigeria’s dailies which suggested Mr. Abang insisted Mr. Jonathan and the former NSA must appear in Mr Metuh’s case, the judge said, “It is on record that it is the first defendant that applied to have Dasuki and Jonathan in court.

“Apart from the fact that journalists are advised to have a human face, it is contemptuous to misinterpret court proceedings. Any media organisation that misleads court proceedings will have itself to blame.

He adjourned the case to October 31, at the instance of the defence.