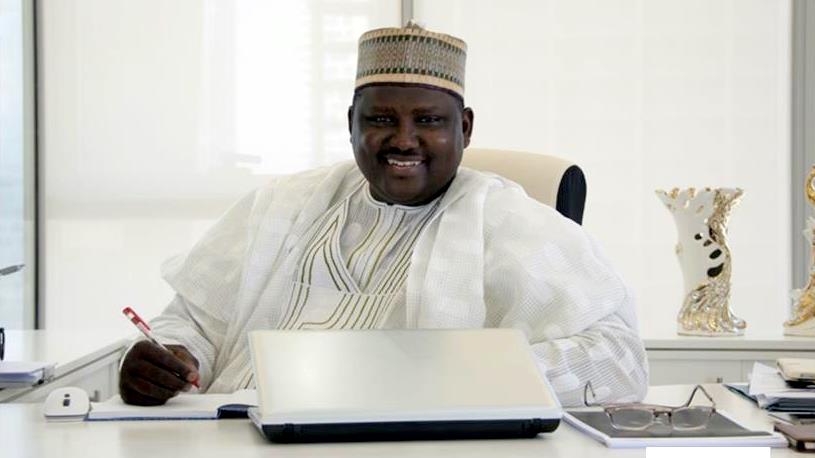 EXCLUSIVE: Despite being wanted for alleged fraud, Maina gets SSS, Police protection

Despite being on the run after being declared wanted by the Economic and Financial Crimes Commission, EFCC, for alleged corruption, embattled former chairman of the Presidential Task Force on Pension Reform, Abdulrasheed Maina, was provided federal security cover, PREMIUM TIMES can report today.

Investigators have found that for months, Mr. Maina received protection from operatives of the Nigeria Police Force and the State Security Service, SSS. The SSS also provided an accommodation for him.

Mr. Maina is currently at large and did not report to duties on Monday at the Ministry of Interior where he was recently posted to.

The spokesperson of EFCC, Wilson Uwujaren, said the agency was intensifying its search for Mr. Maina.

The fresh search was triggered by a PREMIUM TIMES report on Friday detailing how the former pension boss, who fled Nigeria in 2013, sneaked back to the country and was reinstated into the civil service, and promoted.

The story sparked outrage amongst Nigerians and the civil society who viewed the case as a litmus test for the anti-corruption effort the Buhari administration.

On Monday, President Muhammadu Buhari ordered for immediate disengagement of Mr. Maina and demanded a report of the circumstances leading to his reinstatement from the Head of Service of the Federation. The presidency said the report has been turned in.

PREMIUM TIMES learnt that all the while, Mr. Maina was being provided guards by the SSS. A safe house in Maitama, allegedly belonging to the SSS, was also provided for his use.

The SSS does not have a known spokesperson to respond to this story.

PREMIUM TIMES telephoned the director general of the SSS, Lawal Daura, and the service’s director of operations, identified as Mr. Bassey, but both officials did not respond to multiple calls.

This paper also found out that Mr. Maina’s controversial $2 million house in Jabi, Abuja, was guarded by the police.

A PREMIUM TIMES reporter who saw an armed police guard at the property on Monday, confirmed that the operative was posted there from the Maitama police division.

The FCT Police spokesperson, Anjuguri Manzah, said he was not aware of the posting. He promised to find out and get back to this newspaper. He was yet to do so.

As exclusively reported by this newspaper two years ago, Mr. Maina used bankers and other intermediaries to launder most of the money he allegedly embezzled from the pension funds in his care.

The process of purchasing the Jabi home, located at No. 10 Hamisu Musa Road, followed a similar pattern.

Investigators familiar with the deal told PREMIUM TIMES that Mr. Maina, who paid for the house in cash, made a mouth-watering offer to the first owner, identified as Adamu Modibbo, a former managing director of Sigma Pension.

PREMIUM TIMES learnt that the property was not in the market so Mr. Maina, acting through a middleman, approached Mr. Modibbo with an enticing offer.

Mr. Modibbo initially resisted the proposal to sell the house, where he was living with his family, but was given what an official called an “irresistible offer”.

Officials said both the buyer and the seller contravened provisions of the Money Laundering Prohibition Act by transacting in cash, given the amount involved.

Investigators, who traced the land documents at the Abuja Geographic Information System, AGIS, found that the new title documents were collected by an official of Guarantee Trust Bank.

Investigators later found that the man had resigned his post from the bank and disappeared.

Contacted for comments, Mr. Modibbo said he would not want to make any comment. He said he would rather “allow EFCC to get to the root of the matter”.

A senior official at the EFCC however told PREMIUM TIMES that the commission had searched Mr. Maina’s family house in Kaduna following a tip off that he was in the city to see his mother over the weekend. The search was fruitless.

Officials also said Mr. Maina has been unreachable even to close associates in the last two days.