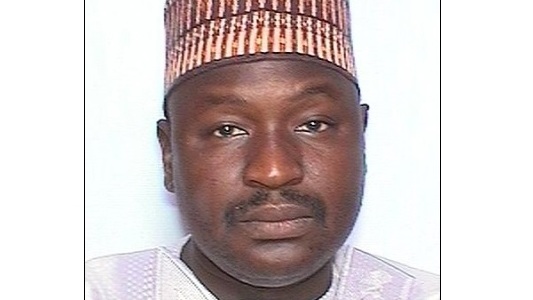 A judge at the Federal Capital Territory High Court, Ishaq Bello, has dismissed a verbal request by representatives of the Attorney General of the Federation, Abubakar Malami, seeking an arrest warrant to compel a senator, Isah Misau, to appear in court.

The judge, who rejected the request, instead ordered the prosecution to employ all civil means to serve the lawmaker the notice requesting his appearance in court.

Mr. Malami had filed charges against the senator, representing Bauchi State Central Senatorial District, accusing him of deserting the police force and using false documents to execute his retirement from the Force.

The AGF accused Mr. Misau of spreading falsehood against the Inspector-General of Police, Ibrahim Idris.

Mr. Misau, a former cop, accused the IGP of taking bribes from police officers to promote them. He alleged that the monies collected illegally by Mr. Misau amounted to billions of naira.

Responding, the IGP parried the claims and instead accused Mr. Misau of deserting the force.

The Police Service Commission later waded into the matter by saying that the lawmaker left the force formally.

At a brief hearing at the inner chambers of the Chief Justice on Monday, a counsel representing the AGF, Hadi Sale, said his client would like an order of the court compelling the defendant to appear in court.

Responding, Mr. Bello asked if the plaintiff had any evidence to show that they had attempted to serve the senator to no avail.

“What is the testimony that you have tried to serve him, but failed?” Mr. Bello asked.

In his response, Mr. Sale said the defendant ”had not been served” which explained his absence in court.

Consequently, the Chief judge warned against hasty demands for arrest warrants describing the act as unnecessary.

“We should try gradually to bring in a different culture than to resort to arrest! arrest! arrest. That is unless you can prove that you saw him and he deliberately refused service. We have made Nigerians believe that unless there is an arrest warrant, the defendant will not come to court,” said Mr. Bello said.

He thereafter dismissed the request.

He instead urged the prosecution to always ensure that they had a valid case against an accused, adding that once there is a case, a defendant is ”bound to either appear willingly or be compelled to come to court.”

Mr. Sale asked the court for a short adjournment to allow the prosecution serve the defendant. The matter was adjourned till Thursday.

Mr. Sale declined responding to queries from journalists after the court session.

“Well I don’t have the mandate to speak to journalists,” Mr. Sale said.

Speaking to PREMIUM TIMES in a telephone interview after the session, the head of the police legal department, David Idogho, said he was only in court as an observer.

“The lawyers that came to court were from the office of the Attorney General, I just came to court as an observer. At least, as the head legal department, I should know what happened,” Mr. Idogho said.

The Nigerian government’s case against Mr. Misau was filed shortly after the senator and the IGP engaged in series of allegations that caught public attention.