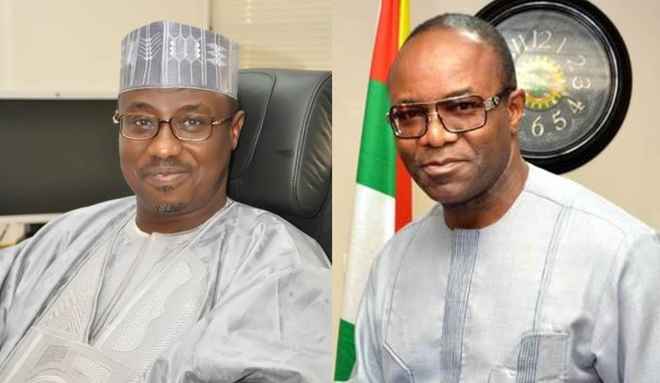 The Minister of State for Petroleum, Ibe Kachikwu, has reported the Group Managing Director of the NNPC, Maikanti Baru, to President Muhammadu Buhari, urging him to take urgent actions on matters ranging from alleged illegal practices to insubordination.

Mr. Kachikwu said he found it pertinent to call the attention of the president to his misgivings because they’re capable of hindering progress in the country’s petroleum sector or even reverse recorded strides.

“Parastatals in the ministry and all CEOs of these parastatals must be aligned with the policy drive of the ministry to allow the sector register the growth that has eluded it for many years” Mr. Kachikwu said. “To do otherwise or to exempt any of the parastatals would be to emplace a stunted growth for the industry.”

Mr. Kachikwu said he wrote the August 30 letter to Mr. Buhari after concerted efforts to have a one-on-one appointment with the president at the State House fell through.

The letter, which emerged on the Internet Tuesday, was widely circulated on Twitter. It is not immediately clear how it made it to the public domain.

The minister said he suffered “disrespectful and humiliating conducts” from Mr. Baru.

A spokesperson for the NNPC did not immediately have reactions about the specific elements of the letter, telling PREMIUM TIMES it was not meant for public consumption.

“It was a private communication between party A and party B,” Udu Ughamadu, NNPC’s head of media, told PREMIUM TIMES Tuesday afternoon. “I don’t think it’s proper for us to comment on that.”

A spokesperson for Mr. Kachikwu, Uche Ozurumba, did not immediately respond to PREMIUM TIMES requests for comments.

The conflict between the duo had been well concealed from the media for the most part, although it was first hinted more than a year ago.

In September 2016, the Daily Independent in Lagos reported friction between Mr. Kachikwu and Mr. Baru, which centred around the administration’s Niger-Delta policy.

The NNPC GMD said the economic sabotage by militants had cut deeply into the country’s revenues, a situation he said was unsustainable.

Mr. Kachikwu did not play up the Niger-Delta crisis in his latest letter to Mr. Buhari, focusing instead on the consequences of reckless disregard for extant regulations in the wake of disruptive technological advancements which could see fossil fuel become redundant in the years ahead.

Consequently, the minister urged the president to order the NNPC GMD to make adjustments on five issues that range from strict deference to the NNPC Board of Directors, which Mr. Kachikwu chairs, to unfettered collaboration among all agencies in the petroleum sector.

Presidential spokespersons, Femi Adesina and Garba Shehu, did not respond to requests for comments.

The letter is reproduced below: