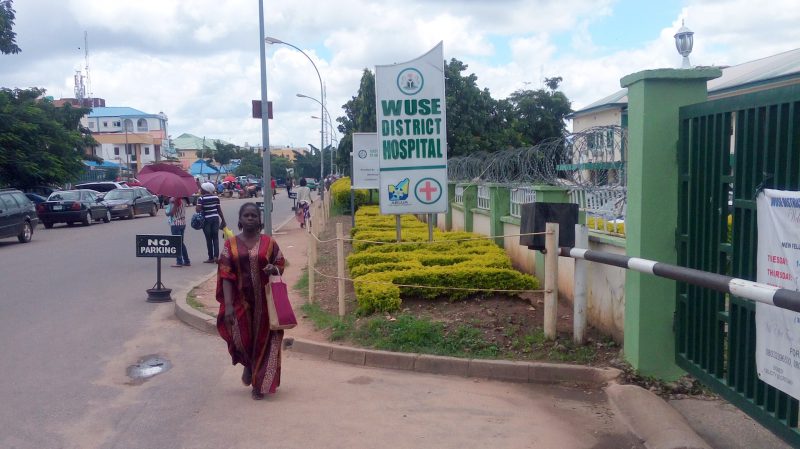 Normal activities continued in government hospitals in Abuja on Thursday as health workers are yet to comply with the call by the Joint Health Sector Union, JOHESU, to embark on strike over alleged inability of the federal government to meet their demands.

JOHESU had on Wednesday insisted on going on strike in spite of the Minister of Health’s plea with the association not to do so.

The strike commenced in the early hours of Thursday, the union, whose membership includes other hospital workers apart from doctors, said.

The strike is coming a few days after the National Association of Resident Doctors called off its ten days national industrial action that crippled health activities at both secondary and tertiary health institutions.

The National Association of Nigeria Nurses and Midwives, NANNM also directed its members in all federal health institutions across the country to join the indefinite JOHESU strike.

But in Abuja, all government hospitals visited by our reporters on Thursday remained open with workers on their duty posts attending to Patients who came in their numbers.

“We are not aware of any strike. There is nothing like that. We’ve not being informed yet” a Nurse at Wuse District Hospital said.

A director at the antenatal clinic also said the hospital is yet to heed the call. “As you can see, am on my duty post.”

On why the hospital is going about their normal business of the day despite calls for industrial action, sources say hospitals under the Federal Capital Territory Administration, FCTA, are yet to heed the call.

“FCTA is yet to join,” a source who pleaded anonymity said. She however forewarned of dangers if the strike action commences fully.

“Many people will die, we have a whole lot of people in the emergency ward who needs constant attention of doctors and nurses. Accident victims, people due for operation, pregnant women and nursing mothers, they will all suffer. Government should treat as priority this issue of doctors going on strike so as to avoid this situation”, the source said.

It was a slightly different case at the National Hospital, a female nurse confirmed the ongoing strike by JOHESU, she however said, “we are asked to work till 12pm. Once its 12, no more work.”

The strike did not however, take off, even when it was past noon.

The nurses added that the hospital was holding an internal meeting to decide whether to join the strike or not. The meeting was ongoing as at press time, daily activities continued nonetheless.

Another nurse at the National Hospital who does not want his name on print however blamed doctors over the current crisis bedevilling the health sector nationwide.

“The doctors are only responsible for representing themselves and not every worker in the health sector.

“They tend to forget that the health workers comprise of not only the doctors but also nurses, pharmacists, Lab scientists amongst others.

“Without the nurses and other health workers, the doctor’s work is incomplete. When a sick patient visits the hospital, other health workers attend to him/her before the doctors and this shows we are more exposed to contagious diseases like lassa fever and you won’t believe that we receive only N5,000 as hazard allowance while doctors receive N50,000.

“We are not happy about the strike because so many people may die due to lack of medical services but the government need to do the needful,” he said.

Normalcy also reigned at both general hospitals in Maitama and Asokoro as doctors, nurses and health workers were present in their numbers attending to the ever long cue of patients in the hospitals.

A nurse at the Asokoro hospital who simply gave her name as Mrs. Seriki said they are not going on strike. “I am just coming from a management meeting and nothing like that was mentioned”, Mrs. Seriki said.

At Maitama, a nurse Mrs. Ayodele said the hospital is not shutting down yet. She however warned that if the strike continues, “states will join.”

On their part, workers at the Garki hospital insisted they were not part of the industrial action.

Mr. Adewole said most of their demands had been met, including payment of promotion arrears that pre-dated the Muhammad Buhari administration.

He said the other issues raised by JOHESU are still being deliberated upon with the leadership of the Union.

The chairman, University College Hospital, UCH, JOHESU chapter, Olusegun Sotiloye, had earlier said the strike is indefinite until the government attends to their demands which include payment of arrears of salaries owned their members, among other requests.

Mr. Sotiloye said the association is going ahead with the strike despite the minister’s plea.

“His pleading does not hold any water, the government should issue circulars to direct or show that all the outstanding arrears or salaries would be paid. This is not the first time they have been pleading. If they have been serious about resolving it they would at least we gave them thirty seven days ultimatum,” he said.

Oil prices rise toward $57 ahead of OPEC meeting