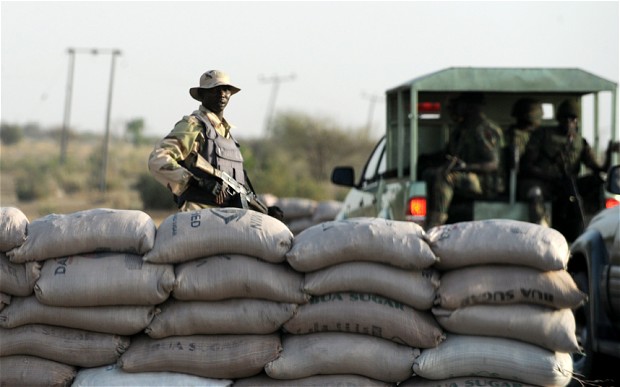 Governor Simon Lalong of Plateau State has confirmed the death of two persons from the Thursday violence in Jos, the Plateau State capital.

PREMIUM TIMES reported the violence, between Hausas and Igbos in a part of Jos, which was caused by a disagreement on the appropriateness or otherwise of the violence in Abia involving soldiers and members of a pro-Biafra separatist group, IPOB.

On Friday, the governor who had declared a dusk to dawn curfew in Jos, met with community and religious leaders at the government house Jos.

Mr. Lalong confirmed the deaths during the meeting and also acknowledged that some persons were also injured and are hospitalised. He condoled with the victims.

The governor charged all community and religious leaders to ensure peaceful coexistence in their respective places of authority.

“Community leaders must ensure peace in their domains, I as a governor, I cannot be everywhere, you must ensure that peace reigns. Let us talk to our youth to avoid taking laws into their hands.”

Mr. Lalong admonished residents of the state, irrespective of religion, ethnic and economic status to remain calm; saying government will ensure protection of lives and property.

“Government will handle the situation effectively, nobody is above the law,” he said.

“Our security operatives are up and doing. Anyone found wanting will face the full wrath of the law, that is why we imposed curfew.

“We will ensure maximum security measures in all parts of the state to ensure that no citizen is harmed. As I speak with you, similar meetings are ongoing in all our local government councils.”

The meeting of the governor with the community and religious leaders later went into a closed door session. The deputy governor of the state, Sonni Tyoden, was also at the meeting.

Earlier, the director of publicity of the Jama’atu Nasir Islam, JNI, Plateau State branch, Sani Mudi, appealed to Muslims not to tag the riot in Jos as a religious violence.

“We should know that this is a political problem and government seems to be on top of it. We should therefore avoid giving it any sort of religious coloration,” he said.

JNI is a foremost Islamic coalition in Northern Nigeria, headed by the Sultan of Sokoto, Sa’ad Abubakar.

Mr. Mudi made the appeal in a statement late on Thursday night.

“The Jama’atu Nasril Islam Plateau State Chapter wishes to appeal to the Muslim Ummah and the general public in the State to shun acts capable of disrupting our hard earned peace in the state,” the spokesperson said.

“The events of this (Thursday) evening in Jos which caused panic around some parts of the metropolis, which were clearly in response to the unfortunate events in the South-east, are unacceptable. JNI finds it necessary and of utmost importance to remind us that we in Plateau State had just in the last few years emerged from a decade long ethno religious conflict which left us with unbearable socio-economic and political consequences.”

Mr. Mudi commended government for the impositions of the curfew as part of measures in curtailing further breakdown of law and order.

“We commend the swift response of the Plateau State government to impose dusk to dawn curfew in the Greater Jos and Bukuru metropolis. This action will surely ensure prompt restoration of calm and peace not only in Jos but the state at large.”

During the curfew on Thursday night, security operatives conducted a stop and search of vehicles, with a lot Jos residents falling victims as they were not yet aware of the curfew.

By Friday morning, calm had returned to the city. Many residents were seen going about their lawful and daily activities, although some shops were yet to open for business.