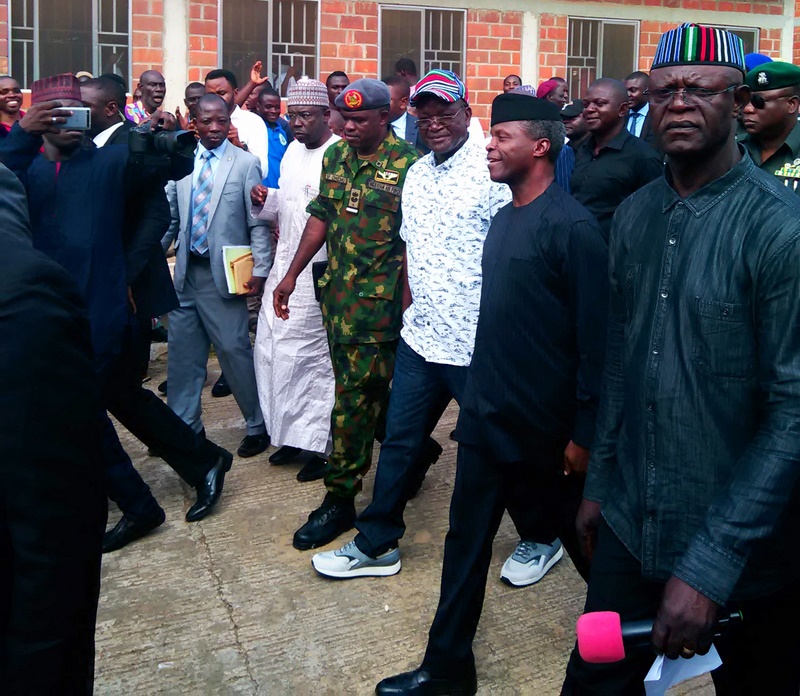 Osinbajo arrives at the camp

The Vice President, Yemi Osinbajo, has arrived the camp of internally displaced persons in Makurdi for a first-hand assessment of damages caused by the August 27 flood.

He was accompanied by two ministers, Tunde Fashola and Audu Ogbeh. Mr. Ogbeh hails from the state.

They were received at Makurdi airstrip at about 2:00 p.m. by Governor Samuel Ortom, who immediately took them on a tour of the disaster areas on the plains of River Benue in Makurdi.

They arrived the IDP camp at about 3:45 p.m., where the vice president inspected the situation of those taking shelter there.