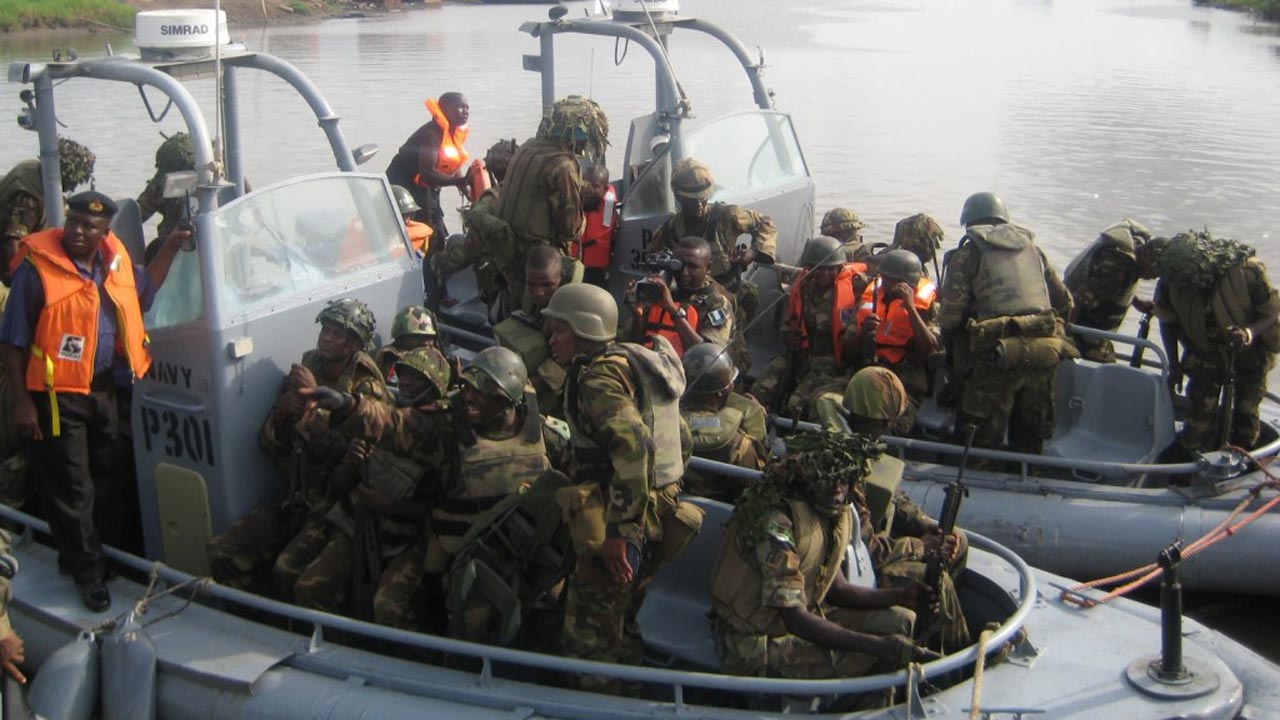 Nigerian troops in a boat [Photo: The Guardian Nigeria]

The Commander of the Joint Task Force, JTF, in the Niger Delta, Suleman Apochi, as well as top military chiefs and troops survived an accident as the Ikang River jetty in Calabar collapsed, hurling personnel into the river.

The spokesperson of the joint military force christened Operation Delta Safe, OPDS, Ibrahim Abdullahi, said on Thursday that the incident aborted an operarional patrol led by the commander to troops’ locations across the region.

Mr. Abdullahi explained that all the personnel swam out of the river and recovered all the arms and ammunition while some who sustained minor injuries have received medical care adding that the troops withdrew to restrategise and reschedule the operation.

“The Commander OPDS, Rear Admiral Apochi Suleiman, Commander Nigerian Naval Ship, NNS Victory, Operation Delta Safe Component Commanders, Commander Sector 4 along with other Senior Officers and soldiers, all fell into Ikang River. This was a result of the complete collapse of the Jetty at Ikang at about 10:00am on Wednesday.

“However, as a result of the survival capability of the Officers and men, all personnel, weapons and other equipment were recovered with slight injuries to some personnel which have been treated.

“The team has retired back to Calabar to re-strategize and go ahead with the planned patrol and inspection,” Mr. Abdullahi said.

Hajj 2017: Pilgrims cast about 98 million pebbles at the devil