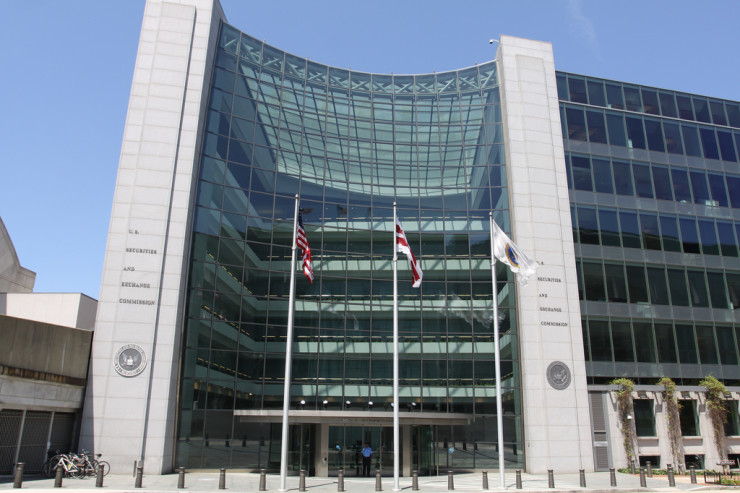 Indications emerged Wednesday that the China Petroleum and Chemical Corp., known as Sinopec, is being investigated by the United States’ authorities over allegations of bribe payments totalling $100 million to Nigerian officials to resolve a business dispute.

According to Bloomberg investigations, the U.S. Securities and Exchange Commission and Justice Department, are investigating claims that lawyers acting as middlemen for Sinopec allegedly funnelled illicit payments to the yet-to-be-named Nigerians from its Swiss unit through New York and California.

The report noted that the payments were allegedly meant to resolve a $4 billion dispute between Addax Petroleum unit in Geneva and the Nigerian government over capital costs like drilling, tax breaks and royalties between the company and Nigeria’s oil corporation, Nigerian National Petroleum Corporation, NNPC.

Sinopec bought Addax in 2009 for about $7.8 billion in order to build a corporate presence in Geneva and expand its oil production in Africa.

Earlier, beginning in 2001, Addax had been operating in Nigeria under a deal with the Nigerian government which saw it benefit from a Side Letter agreement that granted it tax breaks and reimbursement for capital costs.

But trouble started in 2014 when the Nigerian government decided that the Side Letter should no longer apply and demanded repayment of $3 billion of past benefits from Addax.

By the end of 2014, details of the investigations revealed that Addax had filed a lawsuit against the government to protest the decision as it also sought reimbursement of at least $1 billion from the Nigerian authorities, contending that the NNPC, in a practice known as “overlifting”, had taken more than its share of crude allotments.

Little was known about the case until allegations of bribery surfaced in January of this year after Deloitte, an auditing firm, resigned as Addax’s auditor because it couldn’t obtain “satisfactory explanations” for $80 million paid to an engineering company for Nigerian construction projects in 2015.

The auditing firm said that amount appeared excessive for the work performed “and their purpose and timing raise issues which have not been resolved.”

Investigations, however, revealed that on May 25, 2015, shortly after many of those payments were allegedly made, Addax and the Nigerian government reached a settlement that was approved by the Nigerian High Court.

Meanwhile, the administration of President Muhammadu Buhari, left the original terms of the Side Letter intact but planned to revoke its terms effective Jan. 1, 2016, a decision that would deny Addax at least $1 billion in future benefits and end reimbursement claims.

It is, however, unclear if there’s any other litigation pending between Addax and Nigeria.

When contacted, officials of the Nigerian government and the NNPC declined comments.

In its filing, Deloitte revealed additional payments made by Addax from 2015 exceeding $20 million, ostensibly to “legal advisers” in Nigeria and the U.S. from bank accounts in Nigeria and the Isle of Man, a British crown dependency.

“(Deloitte) received a number of whistle-blowing allegations from within and outside Addax, some of which allege that such payments have been made to bribe foreign government officials and that certain amounts have been embezzled by certain members of management within Addax Petroleum Group,” the firm said.

Trouble started in February when Geneva prosecutor Yves Bertossa began a probe into Deloitte’s allegations, prompting Swiss law enforcement officials to conduct a raid on the Geneva offices of Addax in March. Addax CEO Zhang Yi and Chief Legal Officer Guus Klusener were jailed under preventative detention, as allowed under Swiss law. They were, however, released three weeks later.

Barely four months later, Mr. Bertossa closed the probe but neither the company nor its executives were charged. Although he criticised the company for what he called sloppy accounting, he said that no criminal intent could be established, adding that Addax had taken steps to overhaul its staffing and anti-corruption processes.

But the U.S. authorities are looking into whether payments handled by an unidentified Nigerian lawyer who is a member of the California bar were used to pay some of the alleged bribes. A source told Bloomberg that the lawyer was hired to advise Addax executives on the terms of the settlement with the Nigerian government.

According to a Bloomberg’s source, the U.S. probes are in their early stages, and no action is imminent. The SEC is handling its inquiry through its Los Angeles office, and the Justice Department investigation is being led by the U.S. attorney’s office.

Earlier in November 2012, Total of France agreed the $2.5 billion sale of a minority stake, put at about 20 per cent of its stake in a Nigerian oilfield, to Sinopec.

The OML 138 oil block includes the Usan oilfield, which began producing in February 2012, and is jointly owned with Chevron, Exxon and Canada’s Nexen.