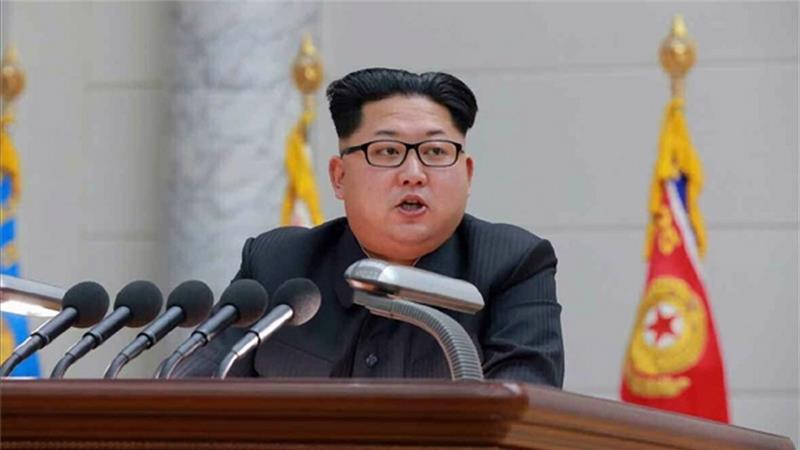 North Korea on Tuesday carried out another ballistic missile test, with the latest flying over Japan.

The U.S. disarmament ambassador, Robert Wood, described the test as “another provocation” and a big concern.

Mr. Wood told reporters in Geneva that Washington still needs to do “further analysis” of the missile that flew over Japan’s northern Hokkaido island into the sea.

“It’s another provocation by North Korea, they just seem to continue to happen.

“This is a big concern of course to my government and to a number of other governments,” Mr. Wood said before a session of the UN-sponsored Conference on Disarmament where North Korean Ambassador Han Tae Song was to speak.

The test, one of the most provocative ever from the reclusive state, came as U.S. and South Korean forces conduct annual military exercises on the peninsula, to which North Korea strenuously objects.

North Korea has conducted dozens of ballistic missile tests under young leader Kim Jong Un, the most recent on Saturday, but firing projectiles over mainland Japan is rare.

Mr. Abe said he spoke to U.S. President Donald Trump on Tuesday and they agreed to increase pressure on North Korea.

South Korea’s military said the missile was launched from near the North Korean capital, Pyongyang, just before 6 a.m. (2100 GMT Monday) and flew 2,700 km, reaching an altitude of about 550 km.

South Korea and the United States had discussed deploying additional “strategic assets” on the Korean peninsula, the presidential Blue House said in a statement, without giving more details.

In its reaction to the test, Konstantin Kosachev, a Senior Russian lawmaker, said the UN Security Council’s resolution on Pyongyang has not reached its goal.

Mr. Kosachev, who is the head of the international committee of the Federation Council, said: “this provocative launch confirms the ‘stalemate’ around the North Korean problem.

“The UN Security Council resolution adopted at the beginning of the month did not achieve its goal, as the situation has shifted to the bilateral DPRK-U.S. regime.”

Tokyo said after the launch that the missile had flown over Japan’s northern island of Hokkaido and had fallen 1,180 km east of the island into the Pacific Ocean.

Five resolutions were adopted during the Korean War in the 1950s.

In 1991, a single resolution was adopted regarding North Korea’s accession to membership in the UN.

Since then, many resolutions have been adopted in relation to the North Korean missile and nuclear programme.

Most recently, on August 6, the council passed a resolution imposing new sanctions on North Korea for its continued intercontinental ballistic missile testing and violations of UN resolutions.

With 15 votes in favour, Resolution 2371 was passed unanimously.

The sanctions also target other revenue streams, such as banks and joint ventures with foreign companies.

The sanctions will slash North Korea’s annual export revenue of three billion dollars by more than a third, according to a statement from the office of Nikki Haley, the U.S. ambassador to the UN.

The resolution represents “the strongest sanctions ever imposed in response to a ballistic missile test.”

In its reaction, China on Tuesday called for restraint from all sides.

The UN Security Council would meet later on Tuesday to discuss the test, diplomats said.

“We will respond strongly based on our steadfast alliance with the United States if North Korea continues nuclear and missile provocations,” the South Korea’s foreign ministry said in a statement.

Also, Japanese Defence Minister Itsunori Onodera said that the type of the missile launched by Pyongyang has the potential to fly as far out as the US territory of Guam in the Western Pacific,

“The flight range of the missile is amounted to 5,000 kilometres [3,107 miles.] Obviously, the missile of that type could reach Guam,” Onodera said, as quoted by the Kyodo news agency.

The minister confirmed that all the parts of the missile fell 1,180 km from the Japan’s northern island of Hokkaido.

According to earlier reports, the missile separated into three parts.

The Japanese military said the projectile was likely a Hwasong-12 ballistic missile.

Tensions on the Korean Peninsula have recently escalated, particularly between the United States and North Korea, following the UN Security Council’s adoption of new sanctions against Pyongyang on Aug. 5.

Washington and Pyongyang exchanged heated warnings, with President Donald Trump promising to meet any North Korean threat with “fire and fury” and North Korea saying it was considering a strike near Guam.