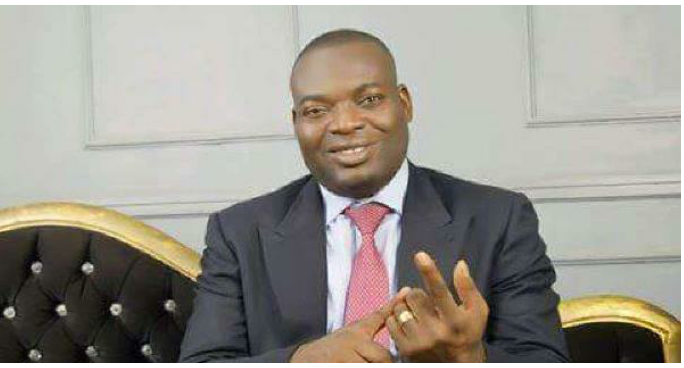 Tony Nwoye has been declared winner of the Anambra State governorship primary election of the All Progressives Congress, APC.

The Borno State Governor, Kashim Shettima, announced the result in Awka on Sunday after the keenly contested primary by 11 candidates for the November 18 governorship election.

Mr. Nwoye, now a member of House of Representatives (Anambra East/West constituency) was a student union activist before becoming a politician.

A twin, he was born in Onitsha on September 13,1974 to Lawrence and Christiana Nwoye of Offianta Nsugbe in Anambra East Local Government Area of Anambra State.

He attended Metropolitan Secondary School, Onitsha, for his secondary education from where he proceeded to study medicine at the University of Nigeria, Nsukka.

In 2006, Mr. Nwoye became the substantive Chairman of the State Executive Committee of the Anambra State PDP.

Mr. Nwoye was the governorship candidate of the Peoples Democratic Party in the 2013 election in Anambra state. He later defected to the APC.

In December 2003, he was elected the national president of the National Association of Nigeria Student.

The result of the primary is dominating discussions on social media, especially twitter, with congratulatory messages and retweets.

Responding to messages from fans on the primary, Mr. Nwoye tweeted: “Thank you all Without you, it wouldn’t have been possible.”