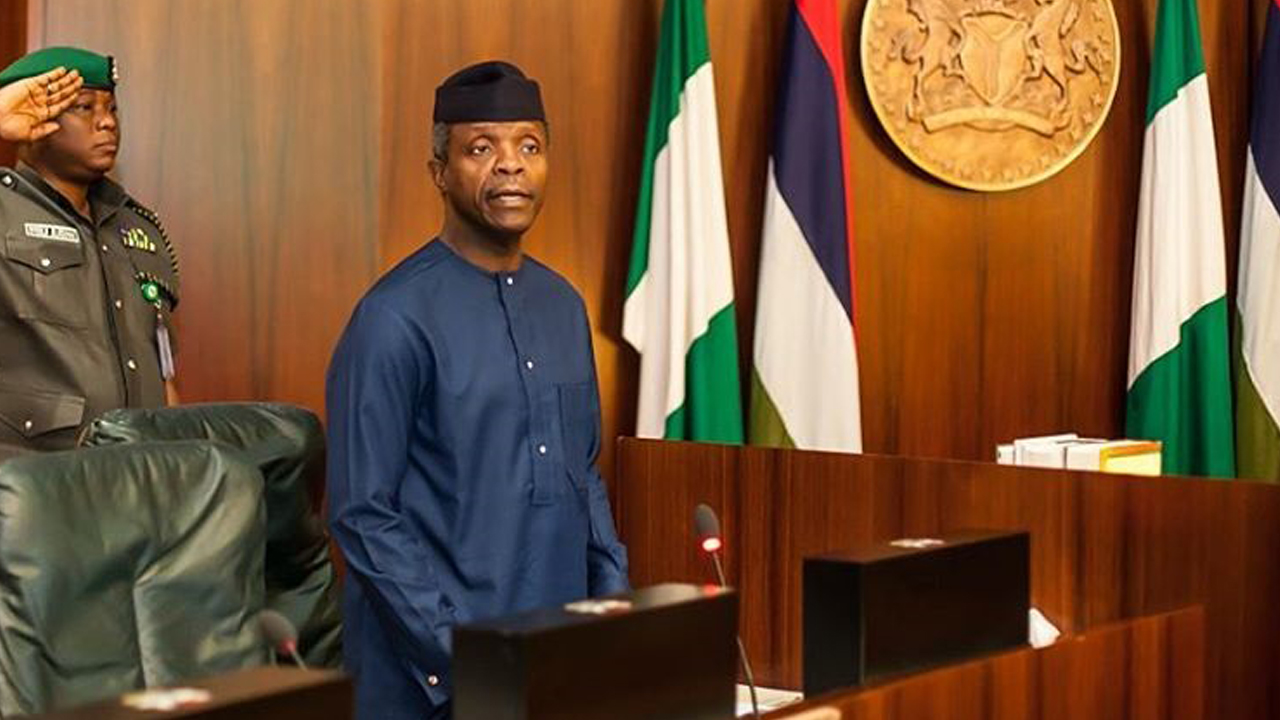 The Acting President, Yemi Osinbajo, has assigned portfolios to the two ministers who were sworn in three weeks ago.

Stephen Ocheni and Suleiman Hassan were sworn in in May, several weeks after they were confirmed by the Senate, due to President Muhammadu Buhari’s absence.

‎Mr. Ocheni will fill the vacuum created by the death of James Ocholi who hailed from the same state, Kogi State. He is to resume as Minister of State in the Ministry of Labour and Productivity.

Suleiman Hassan who was appointed to fill the Gombe State slot will resume as Minister of State, Power, Works and Housing, replacing Amina Mohammed, who left Nigeria’s public service to take up top responsibility as Deputy Secretary General at the United Nations.

Mr. Osinbajo had on July 26  sworn in the two appointees into the federal cabinet, saying they would be assigned portfolios shortly afterwards.

The Senate had on May 3 screened and confirmed them as ministers, following their nominations by President Muhammadu Buhari in March.