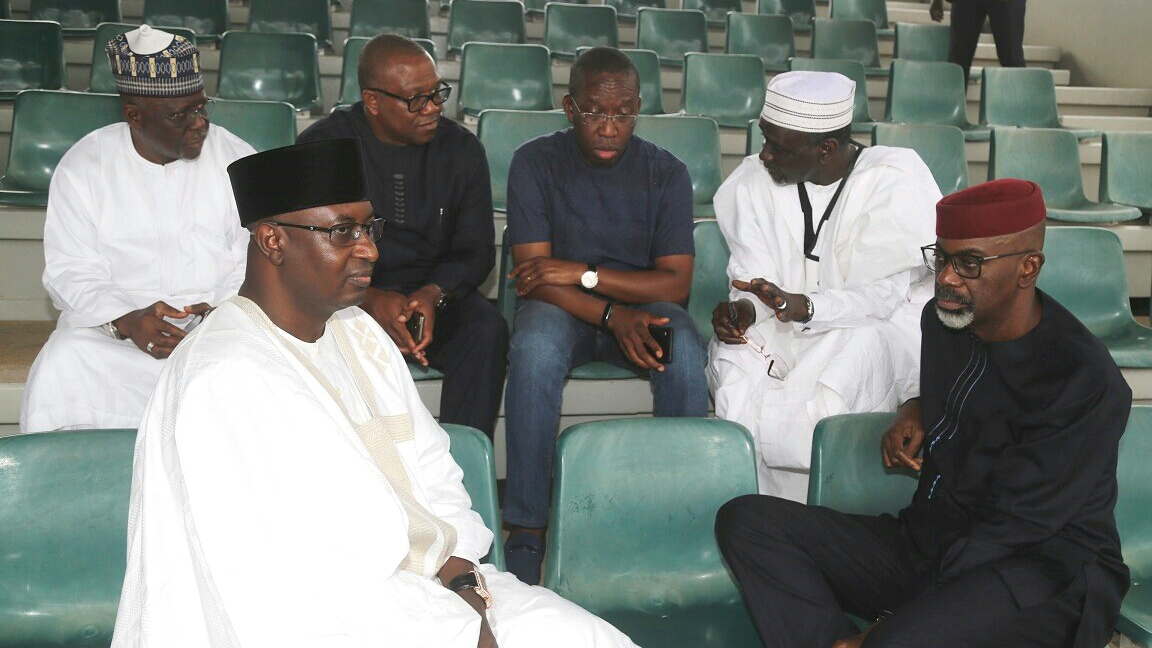 What PDP delegates will do at today’s national convention

One of the major items for approval by delegates from the nation’s 36 states and Abuja is the extension of the tenure of office of the National Caretaker Committee headed by former governor of Kaduna state, Ahmed Makarfi.

The committee was put in place by the party’s national convention held in Port Harcourt, Rivers State, in 2016.

The committee was recently validated by the Supreme Court after former chairman, Ali Sheriff, had insisted and gotten the nod of the Court of Appeal to remain as chairman voiding the decision that brought Mr. Makarfi committee to office.

A top stalwart of the party informed PREMIUM TIMES that the Makarfi committee ” may get a three month extension in office after which an elective national convention would be organised to bring in new executive officials for the party”.

Our source, who declined to be named because he is not permitted to speak to the press on the convention, however, added that “there is a proposal on the ground to expand the composition of the caretaker committee

“The proposal is to ensure that each geo political zone is represented in the Caretaker Committee,” he said.

Another item likely to form part of the agenda of the convention is a proposal for ” sweeping amendments to the PDP constitution”.

Another official of the party said a committee was set up by Mr. Makarfi about two months ago to look at all areas requiring amendments in the constitution.

“The convention, which is the highest organ of the party, will consider these amendments and recommendations and decide whether to approve or not,” he said.

Yet another item of business for delegates tomorrow is the approval to ” set up or complete the composition of some state executive councils.”

“As we speak there is no complete party officials in states such as Borno, Adamawa and many others,” our source said.

The PDP had earlier zoned the position of president in the 2019 election to the north and national chairman to the south.

However, the recent ” life line” provided by the Supreme court judgment is threatening that arrangement.

Sources said a lot of politicking is going on to change the zoning arrangement.

“While others are of the view that the arrangement should be allowed, some are saying, it should be left open to all interested party members and allow delegates to chose whoever they want.”