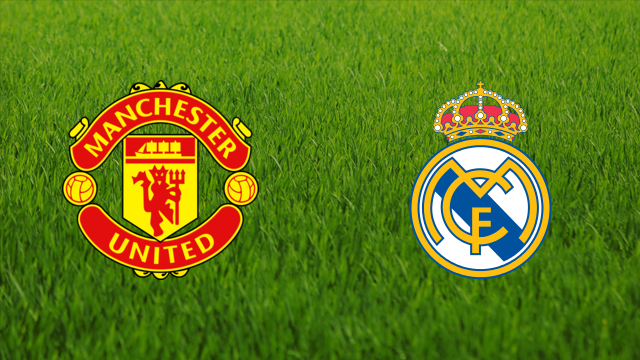 After conquering the UEFA champions league and Europa league respectively, Real Madrid and Manchester United are set to contest for the Super Cup.

Although Mourinho has a rich collection of trophies, he has never won the Super Cup.

Many are keen to see how the new signings will fare after showing glimpse of brilliance in pre-season friendly games.

Stay with PREMIUM Times for live updates from Macedonia from 7.45 p.m.

Line up for both teams

Man United are in red tonight while Real Madrid are in all black. Lukaku already caused Real Madrid some problems after jumping with Varane, but Navas managed to just do enough.

3′ CHANCE! Wonderful chance for Bale as the ball drops onto his foot inside the Man United box, but his effort is just over the bar.

7′ Pogba shows wonderful legwork in an advanced area before feeding Lingard, but the England international is bundled out at the final moment. Real Madrid then break down the other end with Bale as this match continues to excite in the early moments.

9′ Mkhitaryan goes down just outside the Real Madrid box under pressure from Ramos, but the referee sees no foul.

Isco fouled again…. he has practically suffered most tackles tonight

HALF TIME: Real Madrid have lost just once in their last 18 games in European competition:… they are looking good for another win tonight

FIRST HALF Wrap: Real Madrid had more of the first-half possession with 60%, while they had seven attempts in the opening 45 minutes, two of which were on target. Man United, meanwhile, hit the target with one of their four attempts. Just the one yellow card – Lingard in the 42nd minute.

Substitution: Marcus Rashford has replaced Lingard at the interval.

Real Madrid have a 10-match unbeaten run against English teams, they last lost to Liverpool in 2009

CHANCE!!! Manchester United blow up a chance to reduce the deficit, Lukaku fires wide off a rebound from Pogba’s atempt

Bale smashes the crossbar with an effort from inside the box!

Another cooling break for the two teams

Fellaini and Ramos are still down after a collision .. the manager may make changes

It is worse for Fellaini and there is a lot of blood coming from his nose.

Fellaini is on his feet, and Ronaldo might be coming in for Real Madrid.

Apart from Raul Gonzalez who has scored 4 goals against Manchester United as Real Madrid player, Ronaldo is next on the line with three goals against his former club

Carvajal gets a yellow card for pulling Rashford to the ground.

Free kick to Manchester United but it has been blasted wide

Free kick to Manchester United but it has been blasted wide

Another yellow card, this time to Ramos for a foul on Pogba.

Jose Mourinho has never won the Super Cup, not looking like he would end the jinx tonight with barley five minutes to be played

Seven minutes added time . Can Manchester play themselves back into this game

Marcus Rashford becomes the latest player to get a yellow card in tonight;s Super Cup clash

Just In: Many injured in Ogun road crash