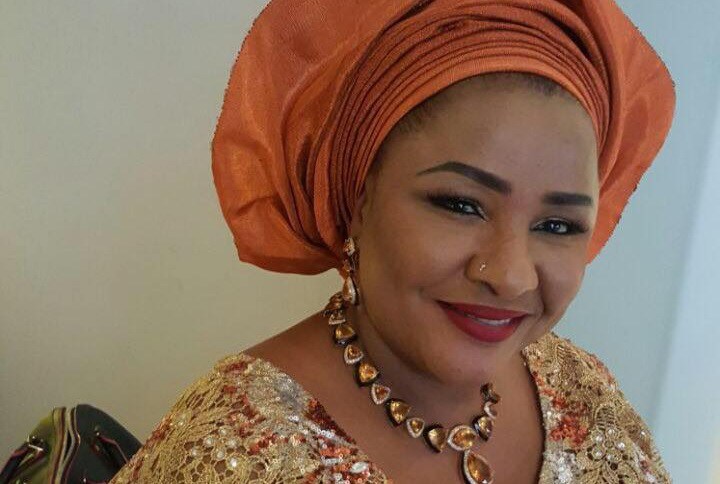 Two of the 14 members announced to the board of the Independent Corrupt Practices and other offences Commission (ICPC) are being investigated by the anti-corruption agency for alleged corruption in the region of N1billion, the ICIR is reporting.

The two nominees are Maimuna Aliyu and Sa’ad Alanamu.

The appointments were announced on Tuesday following approval by Acting President Yemi Osinbajo. The proposed new board is to be headed by Bolaji Owasanoye, a professor of law and current secretary of the Presidential Advisory Committee Against Corruption (PACAC).

While Mr. Alanamu is being investigated on corruption charges allegedly committed while he headed several institutions in Kwara State, Ms. Aliyu has a longstanding case of abuse of office, misappropriation and diversion of public funds against her.

In fact, the ICIR learnt on Friday that charges were already being prepared against her by the ICPC in preparation to taking her to court when her name was announced as member of the new board of the commission.

Apart from the ICPC investigation, ICIR said its investigations showed that the Economic and Financial Crimes Commission (EFCC) and the Nigerian Police have investigated several corruption cases against Ms. Aliyu, a former executive director of the Aso Savings and Loans.

In fact, in May, a police investigative report indicted her and recommended her for prosecution. The investigative report dated May 31, 2017, and signed by Taiwo Oyewale, a Superintendent of Police, for the Deputy Commissioner of Police, IGP Monitoring Unit, said Ms. Aliyu illegally converted to personal use a total of N58 million being proceeds of three plots of land belonging to her employers, Aso Savings and Loans.

Police investigations showed that as executive director, marketing, Ms. Aliyu got approval to sell three of the bank’s landed properties in Abuja. The plots were offered for N19 million each. Ms. Aliyu is said to have sold the lands for N58 million but refused to hand over the money to the bank.

The police investigations commenced after Aso Savings and Loans wrote a petition in November 2016 alleging that Ms. Aliyu, who had by then retired from the bank for three years, refused to hand over the proceeds of the land sale.

The same month, the bank also wrote a petition against her to the Governor of the Central Bank of Nigeria, the EFCC and the ICPC

In one of the investigations, it was discovered that Ms. Aliyu actually sold the three plots of land entrusted to her by the bank at N40 million each (instead of N19 million) totaling N120 million and held on to every penny.

Apart from the N120 million allegedly misappropriated by her, the bank also lodged several complaints of abuse of office and conversion or diversion of its funds, totaling nearly N1 billion.

The bank alleged that in 2012, Ms. Aliyu sought and got a mortgage facility of N40 million to purchase five houses – four-bedroom detached mansionettes.

However, after she resigned her appointment in September 2013, the former executive director said she could no longer bear the burden of the payments and requested the bank to cancel the mortgage on four units and take them over. She said she would continue to maintain the mortgage contract on just one unit.

However, since 2013 when she left the bank, Ms. Aliyu has refused to hand over the four houses and has not serviced the mortgage on them. In fact, investigators believe she has since sold the units and pocketed the money.

The bank also alleged that Ms. Aliyu abused her office by illegally allocating a house at Aso Groove Estate to her son, Sand Aliyu.

According to the bank, Ms. Aliyu had showed interest in buying the house for her son in the name of a company in which he is a director.

However, because she had all the keys of the houses put up for sale by the bank since she was in charge of marketing and sales, Ms. Aliyu handed over the key to the house to her son without paying a dime for the house worth N210 million. She still has not paid for the house till date and her son continues to live there.

Senior police officers familiar with the case, who spoke to the ICIR on condition of anonymity, are miffed about her appointment and wonder how she could have passed through security checks with all the investigations and indictments against her by security and anti-corruption agencies.

ICIR attempted to reach Ms. Aliyu for comments, but her known telephone number was switched off throughout Friday and was still unreachable as of press time.

Mr. Alanamu, described as a protégé of Olusola Saraki, late politician and father of Senate President Bukola Saraki, is being investigated by the ICPC for corruption and bribery.

He is being accused of collecting bribes from contractors handling TETFUND contracts, which he approved as Chairman of the Board of Kwara State College of Education, Ilorin. Mr. Alanamu could not be reached, Friday.

As in the case of Aliyu, questions are being raised about how he passed security screening with the ongoing investigation against him at the ICPC.

This story was first published by the ICIR. We have their permission to republish.