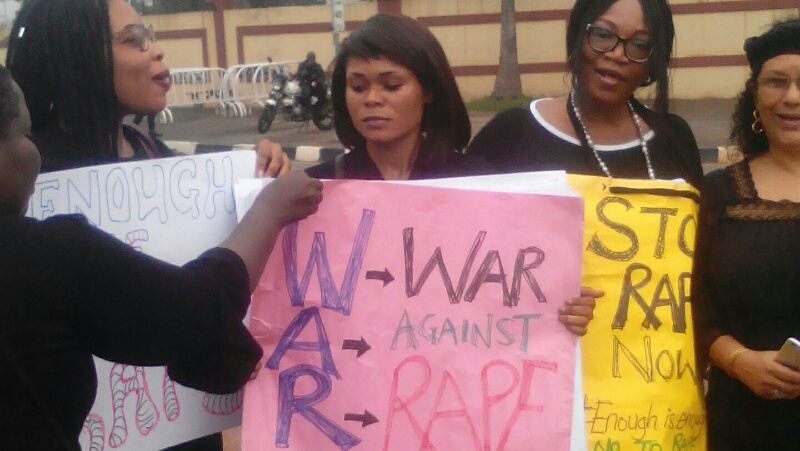 Protesters on Thursday stormed the Lagos State governor’s office, Alausa, Ikeja, demanding an end to rape cases in the state and across the country.

The protesters who were at the venue as early as 8:25 a.m., said the protest was meant to pass a message to the government on the need to end incidences of rape.

PREMIUM TIMES’ correspondent at the venue reports that although they are still relatively few in number, participants said others would join them soon.

The protesters, under the aegis of the Alliance Against Domestic Violence and Abuse, AADVA, claimed there had been no cases of conviction of rapist in Lagos State.

“We hear these (rape) cases reported in the media yet we don’t hear of conviction of the rapists…this must stop,” said one of the leaders of the protesters who identified herself as Lailah.