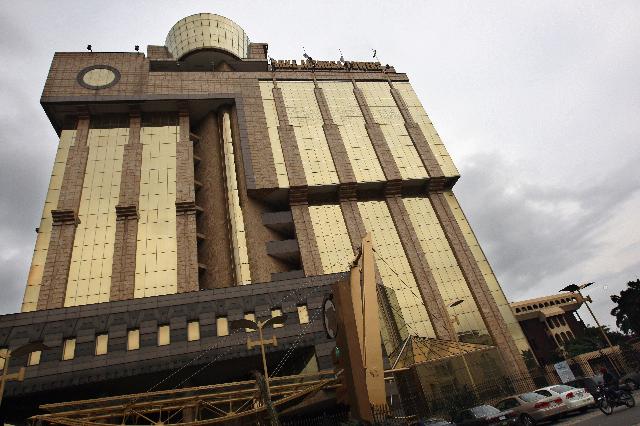 The Senate on Wednesday gave executives of Glo Mobile and other firms allegedly involved in N30 trillion federal government revenue leakage till Thursday to appear before it for defence.

The other companies given the deadline by the Senate Joint Committee on Customs, Excise and Tariff and Marine Transport, probing the revenue loss are British American Tobacco Company, CCEC Nigeria Ltd and Dana Group.

The Chairman of the committee, Hope Uzodinma, gave the ultimatum at an investigative meeting with some of the firms in Abuja.

He decried the failure of the firms to honour the committee’s invitation to Wednesday’s meeting, saying it was disrespect to the National Assembly and would not be tolerated.

Mr. Uzodinma said that of the 30 firms invited between Tuesday and Wednesday, only 14 appeared before members of the committee.

According to him, the chief executive officers are expected to cut short whatever engagement they have to honour the invitation in view of the magnitude of the investigation.

“It is only in Nigeria that the Senate will invite an entity for an interactive session, particularly in a case that borders on investigation, financial mismanagement and infractions, and the company will be complacent.

“The companies will not be willing to come or sometimes send junior officers.

“I have directed, and we are working with security agencies, that any company that is invited and has something to explain and refuses to appear, we will issue a warrant for such persons to be arrested.

“We are giving them the final opportunity to appear and if they fail, we will issue a warrant of arrest.

“In this investigation, we are working with the Nigeria Police.

“This is because we are using their facilities to process some of our data so that the information we will present to the public will be information with high integrity that will not be questioned by anybody.

“We have directed that the firms must come tomorrow, Thursday unfailingly,” he said.

Addressing representatives of firms present at the meeting, Mr. Uzodinma said that they would be given documents arising from the investigation carried out by the committee to study and comply.

He said that the documents specified the various forms of infractions carried out by each of the firms involved in the import and export value chain.

“We have put everything in different categories and for category one, it is unutilised Form M. You applied for Form M and approval and allocation were given.

“But, rather than import with the allocation, God knows what happened because you did not do that.

“Then pre-arrival assessment report that was issued, you abandoned them yet you took your goods. We do not know how you took the goods away and the money is still open in the data base.

“Then Single Goods Declarations (SGDs) which you people did by yourself then abandoned and yet collected your goods.

“These are all indicated in the documents we have handed over to you.

“So, if there are such legitimate approvals, we want to see a copy, otherwise we will assume that they were not cancelled, in which case we will be expecting you to make payment,’’ he told them.

“On classification, we have cases where a pre-arrival assessment is carried out and a particular item is classified under a particular HS (Tariff Handbook) Code.

“When you now go to SGD, if it is a classification of 35 per cent, you see that you declared five per cent instead of the 35 per cent that was issued to you.

“So, we have worked out the difference. Unless there is evidence that what you shipped were no longer what came to Nigeria which we doubt, you will be liable.

“Then, wrong classification is another category. That one deals directly with those bringing vehicles with reverse gear and you declare them as CKD.

“For instance, Dag Motorcycle Industries Ltd, when you bring in tricycle which has reverse gear, there are cases where they are classified wrongly.

“All these must be submitted on Monday so that by Wednesday we will be able to deal with definite figures on what amount of money that we should be expecting to receive as unutilised foreign exchange allocation,’’ he added.

The lawmaker expressed concern that most approved Form Ms were not given to genuine users, leading to increasing exchange rate.

He said the committee would ensure that henceforth, foreign exchange was given to genuine importers to strengthen the Naira against foreign currencies as well as improve employment opportunities, among other benefits.

He stressed that the committee was extending its investigation to the operation of Free Trade Zone Agreement.

Mr. Uzodinma said, “most of you who have been importing in the name of free trade zone, under that policy you know you have to do 30 per cent value addition.

“But, we have identified all the trade free zones that imported finished goods and those goods did not even get to the free trade zones.

“The goods ended up in the various warehouses in Apapa, and when they make the money, because there is no documentation, they have surplus Naira.

“With the surplus Naira, they in turn buy dollar at any rate and in the process kill our local manufacturers, who really want dollar to be able to do their businesses.’’

The joint committee was mandated by the Senate to carry out holistic investigation into alleged N30 trillion revenue leakages in foreign exchange and the entire import and export value chain between 2006 and 2017.

The committee has so far met with all indicted commercial banks as well as government agencies and is currently meeting with the companies alleged to be involved in the unwholesome acts.

“I like Tekno; I’m his biggest fan” – Segun Arinze