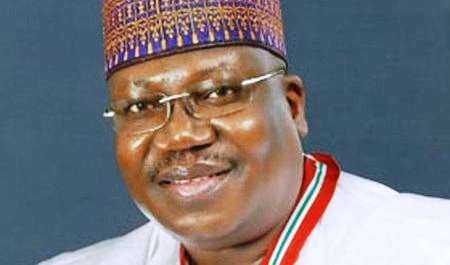 Both chambers of the National Assembly, the Senate and the House of Representatives, had respectively on Wednesday and Thursday voted against the bill to alter the 1999 Constitution to devolve more powers to the states.

It was a setback for the clamour for restructuring, thus causing the lawmakers knocks from pro-restructuring campaigners, including former Vice-president Atiku Abubakar.

But speaking with PREMIUM TIMES on Monday, Mr. Lawan, APC-Yobe, said the lawmakers’ voting pattern was a reflection of the wishes of their respective constituents and that those who supported the proposal might have failed to do enough to canvass votes.

“If you come from a place and you represent people, when it comes to issue as important as changing or altering section of the constitution, you will vote in line with way and manner that is in conformity with wishes of the people you come from,” said Mr. Lawan.

“Many senators voted against devolution; if you wonder why, then the answer probably most of those that voted against it did so is in the interest of people they represent. Even if these people don’t talk or make noise or have access to the media, they have opinions and views on every issue.

“Therefore, I think those that wanted it pass did not do much job to convince those that voted against it. Come to think of it, in a democracy, when I represent a people, I should behave in such manner that suit their purpose. If someone wants to take me out of that sentiment, the onus is on him to convince me that his/her position or view is necessary,” the senator added.

The proposal on devolution of powers was seen as step towards the manifestation of calls to restructure Nigeria’s federal system – but it failed.

Currently, more than any other subject, the call for restructuring has gained stronger appeal across various shades of interests, including politicians, self-determination groups and ordinary citizens.

Pro-restructuring campaigners say the federal government has more powers than necessary, domineering control of resources as well as share of national revenue.

The current system, they argue, apart from affecting the efficiency of the federal government, given that it has too much powers, is also skewed against the states in terms of resources within their control and revenue accessible.

Previously, Senate President Bukola Saraki had said “hate speeches and mistrust” caused the failure of the proposal on devolution of powers to the states.

Asked to comment on alleged opposition of Northern leaders to restructuring and if that was responsible for the failure of the proposal, the Senate Leader asked rhetorically: “Has the North issued a statement?”

He said senators voted as individuals. It’s not like a section of the country controlled them; there is no group of senators with decision on what to do, he said.

“What I know is that the governors and emirs and chiefs met recently in Kaduna to talk about restructuring and the outcome is yet to be known. While some have spoken, some are still talking on what restructuring should be. As far as I am concerned, there is no one single definition of restructuring.

“Everyone is just talking on what it should be. I don’t think there is any well-presented and articulated position by the North to say that it’s against restructuring. Maybe if we are patient enough, the position of the governors and the emirs will be known pretty soon. And by that, we’ll say this is the position.

“Without sentiment, I think everybody will like to see Nigeria develop faster. For me, I’ll like to see Nigeria progress in all ramifications and manners of development, stability, security. That should be our immediate concern. Corruption took almost everything that we have and President Muhammadu Buhari administration has been fighting corruption seriously. The National Assembly has been supportive. We have passed every bill that is needed to fight corruption. The last one we passed was on whistle-blowing.”

Speaking against the background of the call on the Houses of Assembly of the States by the Afenifere Renewal Group to oppose the autonomy the National Assembly proposed for the local government areas because the proposal came with “hidden traps” set to benefit Fulani herdsmen, Mr. Lawan said the National Assembly was altruistic.

The ARG, a Yoruba socio-cultural organisation, however, alleged a link between the retention of Land Use Act in the Constitution and proposals to grant the local governments autonomy.

“The idea,” stressed the Senate Leader, “is simply to give the local government areas the opportunity and the chance to function better and more efficiently. There is no any hidden agenda.”

“But if someone else wants otherwise, the state houses are yet to vote, they should stop it. That’s democracy. People should do what they are supposed to do,” he added.