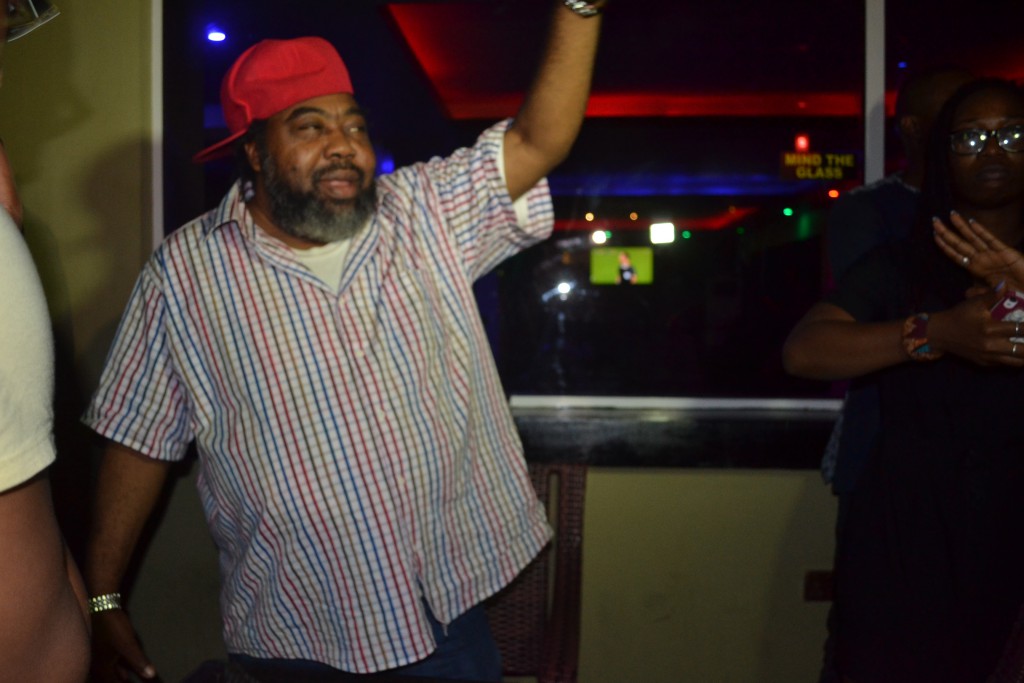 In a recent interview with PREMIUM TIMES, veteran Nigerian reggae maestro, Ras Kimono, takes us down memory lane as he shares his musical journey.

He also made some revelations about his career so far, his “Matter of Time” album, the Nigerian music industry and his soon to be released singles.

PT: It has been a long time coming for you as a music legend, where have you been all the while and what have you been up too lately?

Kimono: All this while, I left Nigeria in 2004 to America. I was in America for about 6 years, came back in 2010 and released an album in 2012 which is titled “Matter Of Time,” (with) tracks like Veteran, Wicked Politicians, Matter of Time, Screw Face, Good Time, A tribute to Lucky Dube, dropped that in 2012.

I’ve been on the road promoting that, having shows here and there. I just got back from U.S. where I went to do another recording which I pray will come out this year before the year runs out.

PT: How was music like growing up for you?

Kimono: Was good men, was good men. I mean, When I was growing, I knew I was going to be a musician and as I grew up, I picked it up, got no problem with my parents supporting me. Ya man!

PT: Do you consider yourself a socialist musician?

Kimono: Yea, I am a comrade and a social advocate.

PT: What inspired your greatest hit?

PT: What inspires you in music?

Kimono: My inspiration is Jehovah you know. As a Rasta man, I read a chapter of the Bible every day and my environment, I live with the people and know what they are going through, suffering and smiling.  So, that is why I don’t live in highbrow areas like in Lekki or Ajah and all those kinds of places.

I live where the people live so I can see the tribulation they are going through; suffering and the humiliation, so we can put it into our music and expose it. Like I said, I’m an advocate of the people. If I don’t expose it, who is going to do it for them? I do it for the people, that why I live for the people.

So, my environment and the whole embargo, is my inspiration.

PT: How supportive was your family of your music career?

Kimono: Even though not financially but morally and prayers and spiritually. When I was growing I told them I would be a musician. So, my mom, when she was alive, she always prayed for me. So, I got spiritual support and moral support, it’s the greatest thing than financial support.

So, I got that moral and spiritual support from my parent’s dem.

PT: Would you say music was more challenging in your days compared to now?

Kimono: Yes, you know most of us learnt the hard way, you do a demo and take to a company, the company will reject it and say hey, you’re not singing good, go and sing again, go and release it again and you think the company hates you.

But believe you, me, they were doing us a favour. Because that made us stronger, that made us work hard to come up and be a good musician. But nowadays, it’s not so, our time was more sensitive, active and challenging.

These days, everyone has a laptop in their house, use fruity loops, create a rhythm and cut up a CD and they are musicians. If you’re lucky people like it, you become an overnight super star. So definitely, the rudiments of music have changed.

PT: Your song, Natty Get Jail, was without a doubt one of your greatest hits. What inspired the music and the amazing dance step that went viral at the time?

Kimono: To be honest with you, a lot of people ask me, like I revealed sometime last year in Kalakuta shrine. When Fela was locked up right, I wrote that song strictly for Fela (And he starts singing “Fela Getta Jail, ey!, They must a give him bail ey!”) but before I could release the tune and ask the company, he was bailed so I reversed it to “Natty Get Jail“, so originally  it was a song written for Fela to be bailed, you know.

So, it was the inspiration for Fela to be bailed.

And the dance step you know, back in the day there was something called the twist dance, you know, I tried to bring twist dance back and so that’s why I did that.

PT: What’s your take on the Nigerian music scene at the moment?

Kimono: Its good, its good, the youth dem a doing good. Everybody is driving BMW and living a high rise. While everybody is clamouring and shouting, they should sing a song that is meaningful with more positive lyrics not profanity. Because now, if they’re censoring the music they play in your house for your kids that means it’s not good.

Our time, everybody, old woman, old man, youth, young, listen to our music cause we were not singing profanity; we were singing the ills of the society, talking about the restructure and the preferred nation. But the kids of now, they sing about bum bum and money, thing and thing which has no proper education and alleviation for the youth dem.

So, that’s the difference between we and them.

PT: You’re highly regarded as a legend; does that make you in any way feel old fashioned?

But nowadays everybody is saying he is a legend, legend, legend and that word is pissing me off. So, at the end of the day, people don’t even know the worth of a legend. When people call me legend I’m indifferent about it.

PT: Coming back to when you said you released your “Matter of Time” album back in 2012, what motivated the album and should we expect more from you in the future?

Kimono: Yeah, I just told you I just came back from the U.S to do another recording it’s called “Senseless Killing” and another track is called “Blessed Africa” and both tracks would drop before the year runs out.

PT: I grew up listening to Rhumba Stylee and that was one of my greatest hit from you and I think up till now, what inspired that song?

Kimono: No! They are not doing enough; they are only doing for their pocket that’s why they are singing bum, Hennessey and money money. They are only doing it for themselves to raise funds and gains, and get fame and get wealth. They don’t even care about the country.

PT: Were you a member of Jastix?

Kimono: No, I was not really a member, they were friends, we all grew together, I was just a friend.

PT: So, what’s your relationship with Amos McRoy and Majek Fashek?

Kimono: We’re the same family man, most of the things I learnt from guitar, Amos taught me. We all grew together, we live together most of the time even though I was not a full fledge member of the Jastix. We were always together and played shows together.

PT: What would you say is the major difference between recording music back in the 80’s/ 90’s and now?

Kimono: The major difference is the analogue thing, analogue is different from digital. So, you can’t compare.

Analogue is still the hardest and the best way even in foreign, they still use analogue. Only here I see that they suit out analogue for digital except you have to mix two of them, then you can get the best, but just digital, nah man.

PT: What can the new crop of Nigerian artists do to improve upon the Nigerian music industry?

But opening a label does not make you a boss, if you don’t serve, you won’t be served. I just hope and pray they keep the music going men.

PT: Do you think Reggae music as a genre is getting the kind of attention it deserves?

So, in Nigerian today, whether it’s making waves or it’s not making waves, who cares? It has made its own mark already and you can’t stop it, nobody can stop reggae.

PT: What is your take on the new crop of Reggae artists in Nigeria? Would you say they are living up to expectations of legends like you?

Kimono: As far as I am concerned, I don’t think we have a crop of reggae artist. What we have nowadays is dancehall artist. Most of them are purely dance hall not proper reggae music. Reggae music you have to deal with truth and right, you have to speak about the evils and the society.

Nobody wants to talk about it cause if you talk about it, it either you get locked up or nobody plays your music and your poor. A lot of reggae musicians like us, were not rich because we don’t sing what they want us to sing.

Reggae artist are Ras Kimono, Majek Fashek; apart from that, other youth dem are dance hall artist. They just want to have fun and make money.

But reggae, you have to deal with truth and wrong and face the government squarely. Don’t worry, if you did not listen to my last album, “Matter of Time”, maybe I will tell my daughter to give you a copy of that album to listen to the album proper and see the difference between reggae artist and dance hall artist.

PT: If you were to pick any new-age Nigerian artist to work with, who would that be, and why?