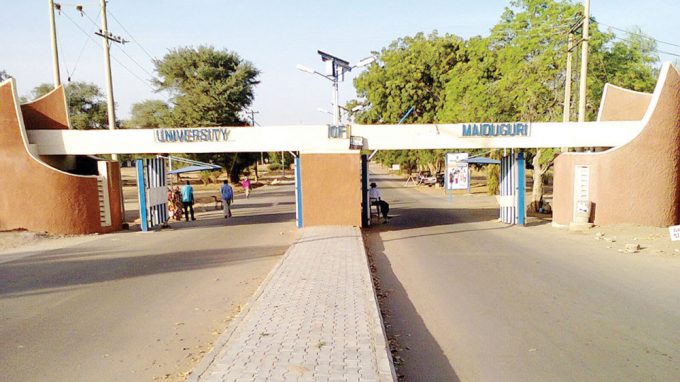 The lecturers’ union of the University of Maiduguri, Unimaid, has confirmed that five staff of the university were killed when Boko Haram ambushed an NNPC oil exploration team.

The union, ASUU, also said on Thursday that four other staff are still missing from the attack.

The Governor of Borno State, Kashim Shettima, on Thursday also commiserated with the management of the Nigeria National Petroleum Corporation, NNPC, and Unimaid over the Tuesday Boko Haram ambush of the team who were on an oil prospecting mission to the Lake Chad Basin.

The NNPC had earlier told PREMIUM TIMES that the abducted persons were not its full staff but that of the Geology department of Unimaid to whom part of the oil exploration was subcontracted.

The statement by Unimaid ASUU, which confirms PREMIUM TIMES earlier report, clarified an earlier one by the Nigerian Army that all the kidnapped NNPC staff had been rescued.

The Army’s statement signed by Sani Usman, a brigadier-general and Director, Army Public Relations, said that nine soldiers and one other person were killed in the attack.

PREMIUM TIMES reported how at least 27 people died after rescue efforts by soldiers and members of the Civilian Joint Task Force, CJTF. The victims included soldiers, CJTF members, and the university staff.

The ASUU chairman in the university, Danny Manmam, who addressed journalists, said that four lecturers were still missing since the attack and the rescue mission by the army.

He explained that the deceased comprise two geologists, two technologists and a driver.

The driver, a brother to the university’s vice chancellor was buried on Thursday.

“We were first elated when we heard that the military rescued the victims. But, to our dismay we discovered that they were all killed.

“Our initial hope to see them alive was dashed. The soldiers brought only dead bodies.

“Four other staff are still missing and we are seriously concerned about their safety, we do not know their whereabouts,” he said.

Authorities at the university are yet to issue an official statement on the incident.

Governor Shettima, who was in London alongside other state governors to see ailing President Muhammadu Buhari when the ambush took place on Tuesday, lamented the attack.

“What happened in the first instance was a tragic setback in the fight against Boko Haram and in Nigeria’s effort to expand its economic fortunes,” the governor said in a statement issued to journalists by his spokesperson, Isa Gusau.

“I am deeply pained by this incident especially coming at a time when we were beginning to pick up the pieces of our lives. Even though the attack should never have happened given the successes recorded by the Military and multi-national joint forces since 2015, I nonetheless still deem it necessary to commend the military for re-mobilising and countering the initial gains of the insurgents.

“On behalf of Government and people of Borno State, I mourn and salute the soldiers and our sons in the Civilian JTF who paid the supreme price by giving their lives in this fight. ‎I commiserate with their families and loved ones.

“For now, I am still waiting for full details concerning the ambush by the insurgents and counter attack by the military to fully ascertain number and identity of victims. But pending report to me, I mourn and salute any worker or supportive staff who might have lost his or her life in the course of trying to contribute in boosting Nigeria’s economy through exploration activities in the Chad basin.”

Mr. Shettima said the state government will “never forsake the survivors of those who lost their lives defending Borno or in service to our country.”

The federal government has mourned the dead but said it will proceed with the oil exploration in the Lake Chad basin.