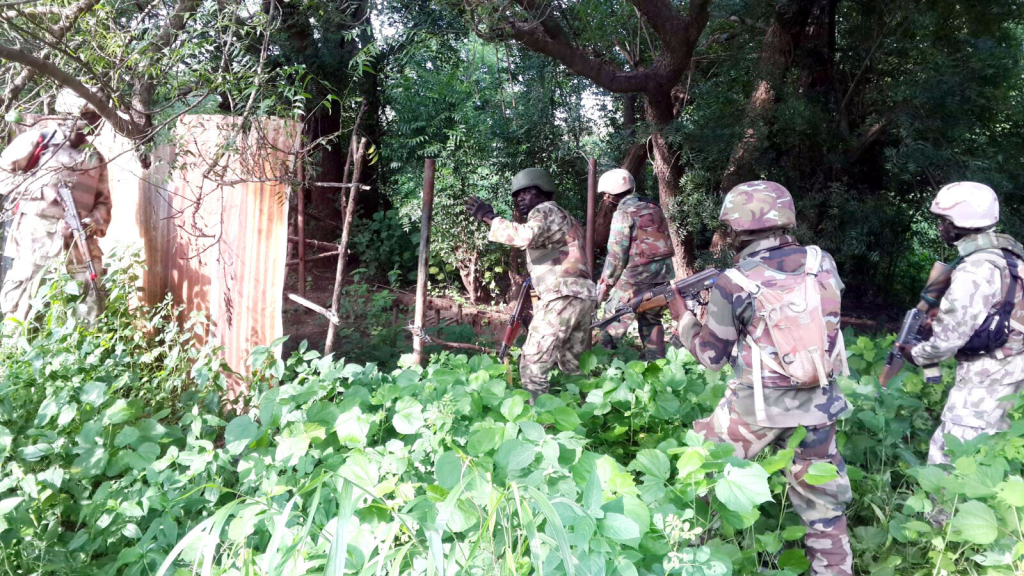 EXCLUSIVE: Untold story of how 9 Nigerian soldiers, 4 Unimaid staff, 14 others were killed in Boko Haram ambush

The kidnap of oil workers that resulted in the death of nine soldiers also led to the death of at least 18 other people including some of the kidnap victims, PREMIUM TIMES can exclusively report.

The victims, who included scientists, engineers and some personnel of the Civilian Joint Task Force (CJTF) were ambushed near Jibi village in Gubio Local Government Area on Tuesday while on an oil exploration mission in Lake Chad.

After their kidnap on Tuesday, the Nigerian Army, alongside members of the Civilian-JTF, launched a rescue mission.

The Army spokesperson, Sani Usman, a brigadier general, in a statement announced the rescue of all the NNPC staff, saying nine soldiers paid the supreme sacrifice in the process.

“So far, they (troops) have rescued all the NNPC staff and recovered the corpses of the officer, 8 soldiers and a civilian who have been deposited at the 7 Division Medical Services and Hospital,” he said.

Reliable sources both within the military and the University of Maiduguri have, however, confirmed to PREMIUM TIMES that the casualty was beyond what was announced by the army, and that none of the oil workers were actually rescued alive.

Mr. Usman did not say how many NNPC officials were rescued alive.

At least 18 other people died from the raid, a top military source confirmed to PREMIUM TIMES.

“The rescue team which comprised the military, CJTF leadership from Maiduguri and the Magumeri chapter arrived back Maiduguri at about 6:30 p.m,” the source said.

PREMIUM TIMES is withholding the names of the victims until their families are adequately informed.

The corpses have since been deposited at the mortuary of the University of Maiduguri Teaching Hospital.

Officials at the hospital refused to speak on record, However, an hospital staff told the VOA Hausa Service that five Hilux vans were used to bring corpses to the hospital on Wednesday evening.

At the University, officials are still keeping mum, shocked about the incident.

The school’s spokesperson, Danjuma Gambo, a professor, declined comments saying it was now a security matter.

Although the army spokesperson, Mr. Usman, did not provide details of the slain soldiers, PREMIUM TIMES got their identity from reliable military sources, but has decided to keep their names for now until their families are notified.

The officers include a lieutenant, two corporals, a lance corporal, and five privates.

The officers have now joined the ranks of hundreds of Nigerian soldiers who have died defending the country from the Boko Haram terror group since 2009.

The exact number of soldiers who have died since the insurgency began has not been provided by the military.

In his statement on Wednesday, Mr. Usman added that soldiers recovered four vehicles, one of which includes a gun truck mounted with an anti-aircraft gun, two white Hilux vans, and a blue one belonging to the CJTF.

“The team also neutralized many of the terrorists,” he added.