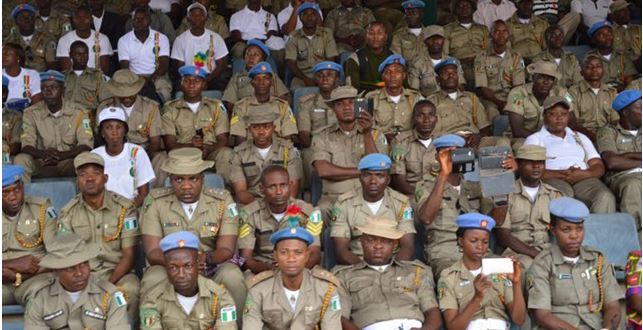 A cross section of Peace Corps members during their 18th Anniversary

The Senate on Tuesday finally passed a bill to make the Nigerian Peace Corps a para-military agency.

The Senate adopted the conference report on the bill to establish the Nigerian Peace Corps, after it was so advised by its committee on judiciary, human rights and legal matters.

Both the Senate and the House of Representatives had separately passed the bill last year.

However, after the harmonisation of the two separate bills, the Senate had rejected the harmonised version, which has now been approved.

The bill will be sent to President Muhammadu Buhari for assent after the House also approves‎ the harmonised version.

It is not clear if the presidency will approve of the bill as several departments in the executive including the police and the military are opposed to the legalisation of the Peace Corps which is currently a private NGO.