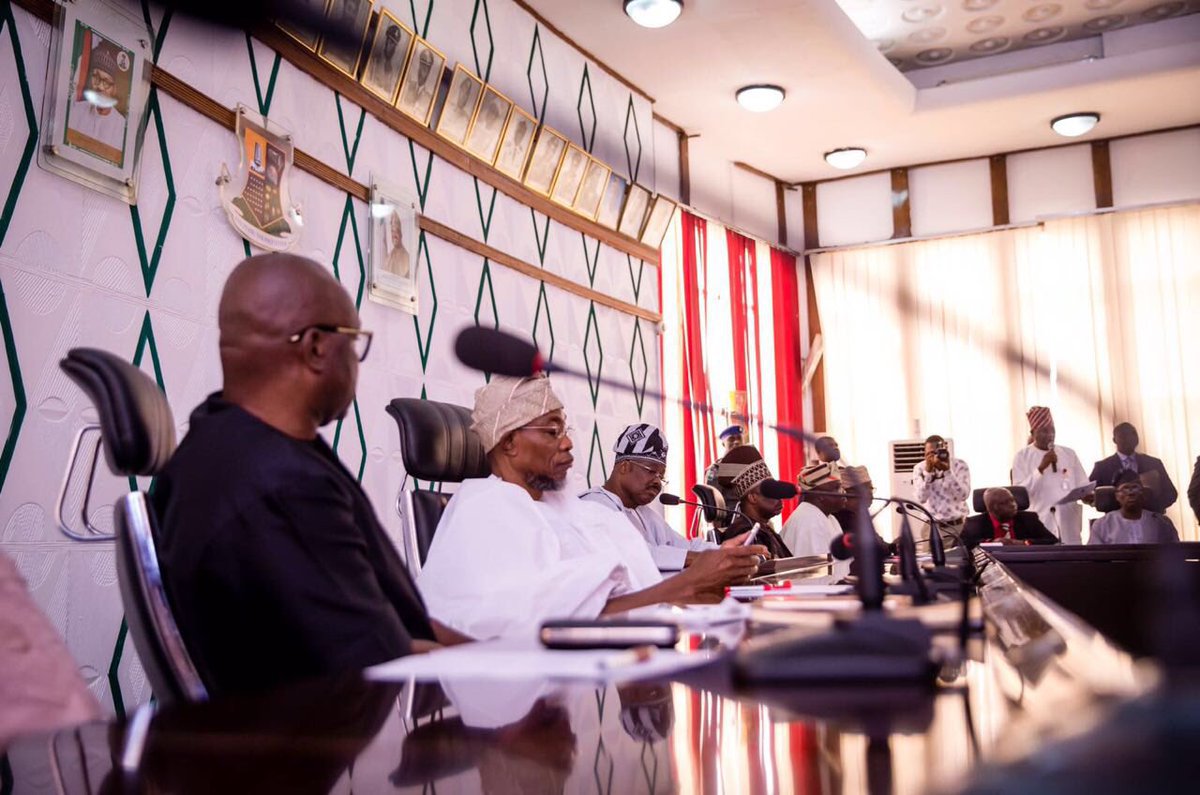 States in the southwest have complained that the recently released tranche of Paris funds is not enough to offset debts owed by them.

The states have indicated that while the funds would assist in taking care of pressing demands, a lot of the arrears would still be left unpaid after the disbursements were made.

Ekiti State confirmed its receipt of the sum of N4.7 billion as the second tranche of the refund, but its monthly wage bill is N2.6 billion, while the local governments’ wage bill is put at N2.4 billion, totaling N5 billion.

The special assistant to the governor on public communication and new media, Lere Olayinka, told PREMIUM TIMES that the refund of N4.7 billion is N3 billion short of what is expected to cater for the total wage bill of the state and local government employees including pensioners.

This implication is that the state has arrears of N10.4 billion, just as the local governments have aggregate salary arrears of N16.8 billion, bringing the total arrears to N27.2 billion.

“The noise about the Paris Club refund made by the Federal Government is unnecessary because we will still have much left undone after the funds have been disbursed,” said Mr. Olayinka.

He also noted that the funds would ordinarily be shared between the state and the local governments, adding that local governments would get 30 percent, and the balance 70 percent would be used by the state in payment of salaries and the execution of capital projects.

Also, Ondo State, which received a total of N7 billion, said it will allocate 32.68 percent to local governments, while the state government would retain 67.32 percent of the funds.

The Chief Press Secretary to the Governor, Segun Ajiboye, in a statement on Thursday, said the government would use 75 percent of the amount it retained to pay salaries and pensions, while 25 percent of it would go for capital projects.

He also promised that the Rotimi Akeredolu–led government would ensure the funds were used for the purpose they were released.

He later told PREMIUM TIMES that the funds, although good enough, would not be sufficient to settle the outstanding salaries of the workers.

The state has a monthly wage bill of N3.8 billion and has a backlog of five months of unpaid salaries and pensions.

This puts the state’s total arrears at N19 billion he said.

For Osun State, a total of N6.3 billion was credited to it. With the new scheme of salary payment in the state where only Levels 1 to 7 gets their salary 100 per cent, the actual outstanding wage bill has been difficult to ascertain.

This mode of payment by the Osun State Government has been on for 24 months.

PREMIUM TIMES learned that the state’s N3.7 billion monthly wage bill is said to have been scaled down to N1.7 billion due to the new payment scheme.

The government spokesman, Semiu Okanlawon, confirmed to PREMIUM TIMES that “what is owed workers in Osun State is the amount deducted from the salaries of those from grade level 8.”

“None of those in level 1-7 is being owed salaries and they comprise the bulk of the work force,” he added.

He said it will be difficult to immediately ascertain the balance of what was due to the workers, as it concerns the percentage deductions from the respective categories of workers.

But considering that the wage bill had been N3.7 billion, the balance of an estimated N2 billion monthly multiplied by the 24 months will bring the amount to estimated N48 billion.

Mr. Okanlawon said although what was released was insufficient to clear all the debts, the government would make judicious use of the funds, adding that a committee had been put in place to decide how the funds would be shared.

In Oyo, workers are being owed about three month’s salaries and with an estimated wage bill of N5.2 billion monthly, this brings the total arrears to N15.6billion.

The state said the N7.9billion Paris Club receipt will only go half way in resolving the backlog of salaries.

The Oyo State Commissioner for Information, Culture and Tourism, Toye Arulogun, on Thursday assured civil servants in the state that funds would be used to pay workers’ salaries.

“Oyo State has received N7.9 billion which is the state’s own share of the Paris fund and then the way I will like to address is that let us look at the antecedent of this government. The first tranche we got, 62 percent was used to pay workers’ salaries and the balance for the developmental project,” he said.

“So what else do you think we will use this new tranche for? The government is committed to workers welfare so certainly, we are going to use a large chunk of it to pay workers’ salaries.

“The government is not happy with the state of things so the government is ready to address all those downsides financially and we will have to make sure that people become happier citizens.”

Ogun State, although not owing workers salaries, had issues of remitting deductions from workers’ salaries for several months. Following the receipt of N5.7 billion refund, the government decided to use the funds to pay the deductions, PREMIUM TIMES learned.

A statement by the commissioner for Finance in the state, Wale Oshinowo, said the government had approved the total sum of N4.5 billion for the payment of cooperative deductions arrears to all categories of workers in the state.

Giving a breakdown of the payments, Mr. Oshinowo said N3.4 billion had been disbursed for the payment of six months arrears of outstanding cooperative deductions to all categories of the workforce at the state level.

He said another N1.1 billion was disbursed for the payment of three months of outstanding cooperative deductions to workers at the Local Government level.

He also said the balance of N1.2 billion would be expended on “state expenditure.”

He explained that whereas the Federal Government advised state governments to use only 50 per cent of the fund for payment of workers’ emolument, Mr. Amosun decided to apportion 79 percent on the workforce “because of the love he has for the workers.”

He said the state government would pay other outstanding debts to the workers once funds were available.