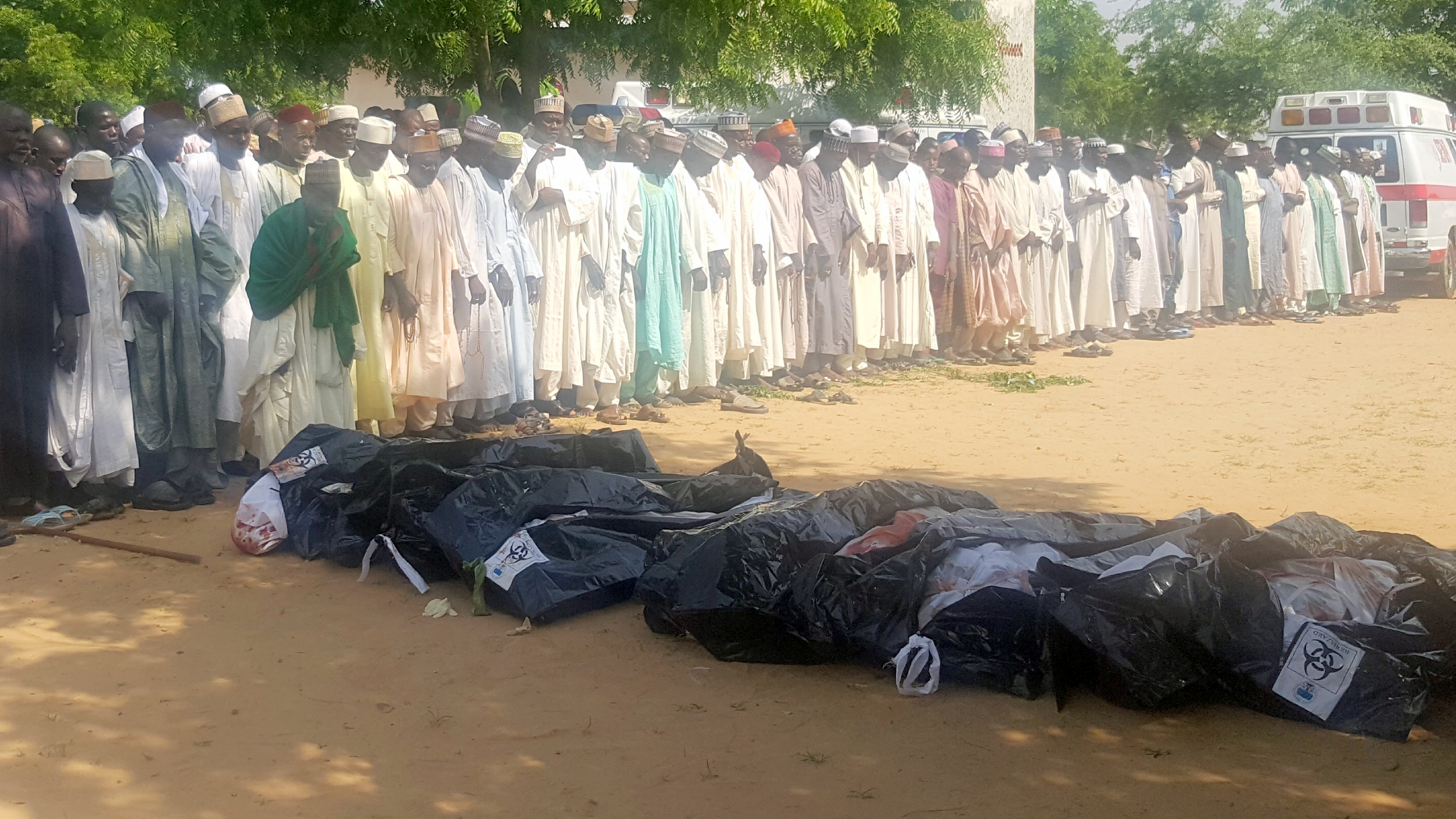 Police confirmed that 19 persons were killed and 23 others injured

The police in Borno State have confirmed that 19 persons were killed and 23 others injured after four Boko Haram suicide bombers attacked Maiduguri on Tuesday night.

The Borno State Police Commissioner, Damian Chukwu, who addressed journalists at one of the scenes of the blasts, said most of the victims were operatives of the Civilian-JTF.

“Twelve Civilian-JTF operatives were killed in all the attack and the rest were civilian victims”, he said.

He said the seven civilian residents that died were killed when they gathered to mourn the death of the 12 Civilian-JTF operatives.

“The suicide bombers attacked the crowd of mourners and killed seven of them, leaving many others injured”, he said.

The spokesman of the Civilian-JTF, Danbatta Bello, said the suicide bombers specifically targeted his colleagues on duty.

“A teenage female suicide bomber actually crept to the sandbag post of our boys at Molai and before they could realise what was happening, she detonated explosives on her body and killed three of our boys”, he said.

“That happened simultaneously with the one that occurred at the tea vendor’s where seven of our members who took their time off to eat their dinner were killed”.

“We lost 12 of our operatives in all,” Mr. Danbatta said.

PREMIUM TIMES was at the scene of the blast where the mourning residents were seen preparing the bodies of the victims for interment.

Tuesday’s incident is the latest in a series of Boko Haram suicide attacks in Maiduguri in 2017.

The Boko Haram insurgency has caused about 100,000 deaths, mainly in North-eastern Nigeria since 2009.

Bisi Akande’s wife, Omowunmi, is dead; to be buried Thursday