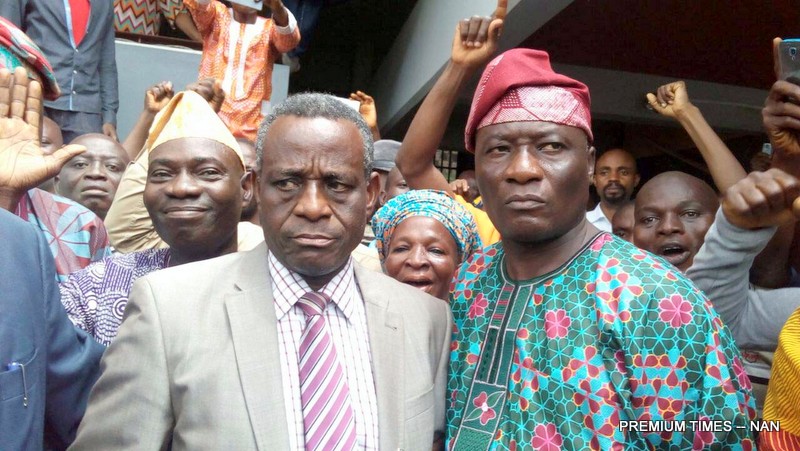 A former Vice Chancellor of the Obafemi Awolowo University, OAU, Anthony Elujoba, is expected to be arraigned today (Friday) by the Economic and Financial Crimes Commission, EFCC over allegations that he stole N1.4 billion while in office.

Last year, Mr Elujoba was quizzed by operatives of EFCC at its Ibadan zonal branch for allegedly diverting the sum meant for projects without approval of the school’s governing council or federal ministry of education.

He was specifically said to have used the money to pay illegal allowances to staff including himself through it.

He has been detained since Thursday by the anti-graft commission, PREMIUM TIMES learnt; and his international passport seized.

Although he is accused of wrongdoing by the EFCC, Mr. Elujoba is popular among staff and students at the university, who believe he is being witch-hunted for bringing normalcy to the institution during the short period he was in office.

His wife in a brief interaction with PREMIUM TIMES pleaded that her husband be spared the humiliation.

“He has been there since morning please help us beg everyone to come to his aid,” she said on Thursday evening.

Meanwhile, the Public Relations Officer of the university, Olarewaju Abiodun, told PREMIUM TIMES that the university will wait for Friday’s trial.

“When we get to the court tomorrow (today) we will know what next to do, we will take steps but first let’s get to the river first,” Mr. Abiodun said, expressing sadness at the development.

Some students have also come up with a campaign on social media- #EFCCFreeElujoba in obvious solidarity with the embattled professor.

The EFCC said it received the petition against Mr. Elujoba in December 2016.