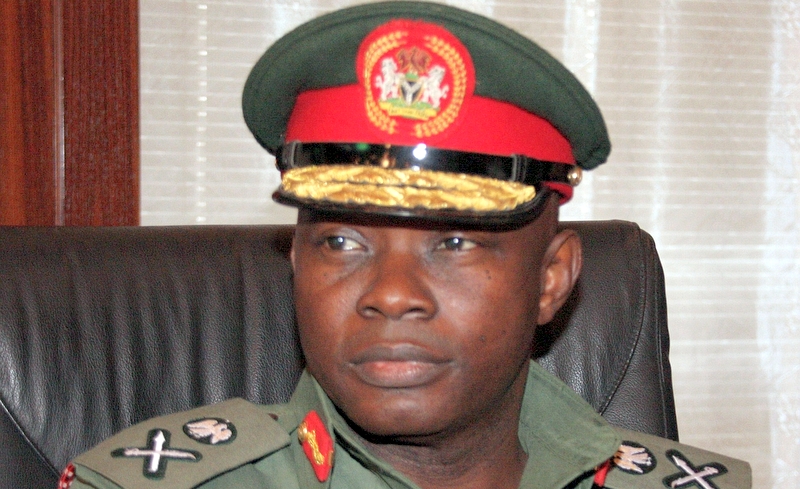 Nigeria’s Chief of Defence Staff, Gabriel Olonisakin, has defied an order given by the Industrial Court asking him to provide evidence that he has transmitted the appeal of a dismissed officer to President Muhammadu Buhari for redress as stipulated by law.

The court had on June 21 ruled that the military chief comply within 10 days with its judgment.

But as at Monday, after the period given for compliance, sources at the court said there was no evidence that the order had been carried out and the Defence spokesperson did not also confirm compliance.

The retired officer, Abdulfatai Mohammed, was compulsorily retired in June 2016 alongside 37 others, most of who were forced out of service under controversial circumstances.

Most of them, like Mr. Mohammed, did not face any panel or probe as stipulated by law.

They were also neither indicted nor queried for any offence, according to PREMIUM TIMES investigations.

In keeping with the redress window accorded him by the military rules, Mr. Mohammed had on June 20, 2016 petitioned President Muhammadu Buhari to demand justice.

According to Paragraph 09.02(e) of the Harmonized Terms and Conditions of Service for Officers, 2012 (revised), any officer compulsorily retired or dismissed can appeal to the President through the Chief of Defence Staff within 30 days.

However, as no response came from the Presidency, Mr. Mohammed approached the Industrial Court last year to seek an order, compelling Mr. Olonisakin, a General, to transmit his petition to the President and show evidence of that action.

Although, in court documents sighted by PREMIUM TIMES, the military had tendered a July 2016 letter to Mr. Buhari, appearing to convey the petitions of 22 officers, including Mr. Mohammed, the correspondence had no stamp marking it as “received” by the Presidency.

Consequently, the court ruled on July 21 that the Chief of Defence Staff was duty-bound to show evidence that Mr. Mohammed’s petition was delivered within 10 days of the judgment.

“The defendants are also further required to furnish the Registrar of this court evidence that the applicant’s appeal had been so transmitted to the President of the Federal Republic of Nigeria by order of this courtwithin 10 days,” Industrial Court judge, Edith Agbakoba, ruled.

Sources at the court registry, who volunteered to speak with PREMIUM TIMES without being named, said there was no evidence that the order was complied with by the military by close of work on Monday, after the expiration of the period given for compliance.

On Tuesday, Mr. Mohammed also confirmed to PREMIUM TIMES that he had not received any notice from the court whether evidence had emerged that his appeal was delivered.

The Director of Defence Information, John Enenche, a major general, did not pick calls or reply a text message requesting information on his stance.