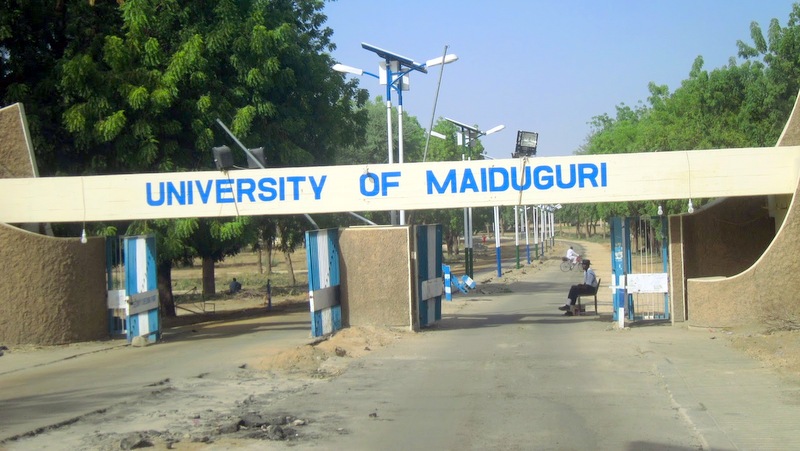 The University of Maiduguri on Sunday night came under a series of attacks as suicide bombers detonated their explosives at different locations including the security office where two lives were reportedly lost.

The Borno Police Public Relations Officer, Victor Isukwu, had, at about 12 midnight, confirmed the incident on a WhatsApp platform managed by his office, but only gave sketchy details of casualties recorded.

“Let’s not speculate yet”, he cautioned reporters.

“At Unimaid only one male suicide bomber died; three university security personnel injured among which one later died.”

Danjuma Gambo, a professor in the Mass Communications department of the university who also doubles as the spokesperson of the institution, confirmed in a BBC Hausa broadcast early on Monday that three suicide attacks took place in the university last night.

Residents of Maiduguri who celebrated a hitch-free Sallah could not go to sleep on Sunday night as sounds of bombings and shootings rented most part of the night and early hours of the dawn.

The city vibrated with the first blast, which occurred at about 10:15 p.m. Immediately after it was confirmed that it was from the university campus, another explosion occurred at exactly 11 p.m.

It has not been confirmed if the second blast which seemed bigger recorded any casualty, but it was followed by hours of shootings and sounds of military vehicular movements.

The university has become one of the major targets of the Boko Haram since it came under its first direct attack on January 16. About four suicide attacks have been executed within and around the university since then.

One of the attacks led to the death of a renowned professor of veterinary medicine, who died alongside few others during the first attack.

The University of Maiduguri lies at the outskirts of the host city along the route that leads to Bama from Maiduguri. The institution is about 45km from Kawuri town where the official entrance gate to Sambisa forest is located.

Aside the brick perimeter fence on the front side of the university, there has been no serious barrier at the back, which appears to have provided an entry point for the insurgents.

Why I sacked all my commissioners – Wike