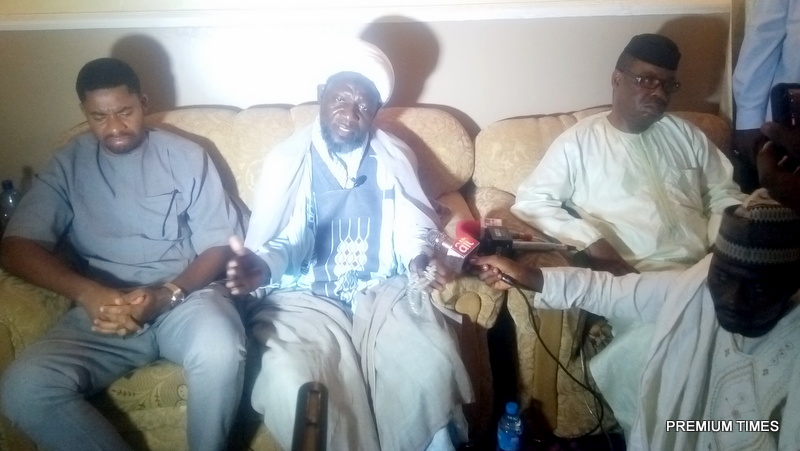 Shiites ‘attacked’ in Kaduna during procession

Two children were injured Friday in Kaduna during a procession by Shiites, witnesses sect told our reporter.

Ten people were arrested during the march.

Kingsley Umoh, an Army Colonel and Deputy Director Army Public Relations, 1 Division Nigerian Army, confirmed the arrests. He said the army arrived at the scene after the police have taken care of the situation.

The incident occurred around 1p.m. when the Shiites resisted mob action to disperse them along Kasunwan Barci roundabout, Tudun Wada, Kaduna.

Witnesses told PREMIUM TIMES that traders closed their businesses and joined the mob that tried to disperse the group.

A witness, Mallam Danbatta, said the mob were attacking vehicles of the sect with clubs and other dangerous weapons as they tried to flee the area.

“We were watching from a storey building where my family and I took refuge as the mob in their dozens destroyed vehicles of the Shiite members who attempted to speed off the scene along Kasuwan Barci round about to Maimuna Gwarzo junction.

“The police followed with tear gas and gun shots to disperse the clash. It was a terrible experience,” he said.

Awwal Haruna, a shop-owner in Kasuwan Barci, said he sustained bruises while trying to save a Shiite member who ran for safety from being lynched by over 20 irate youths.

“Some youths would have killed one Shiite member in front of my shop and cause wahala for us. I even sustained bruises while trying to prevent them from attacking. He narrowly escaped with wounds,” he said.

Yakubu Yahaya, leader of the Katsina chapter of the Shiite sect, accused security agents of mobilising the mob action against the sect.

“The clash is not between us and the community. It is government that mobilised some youths with 15 police and army vehicles who fired tear gas and live bullets at us.

“We have two casualties, a boy and a girl whom the security have taken with them. The boy is currently in a hospital receiving treatment from gunshot wounds by the police,” he said.

The name of the boy with the gun shot injury was given as Hussaini Saeed.

Mr. Umoh, the army spokesperson, told PREMIUM TIMES the procession was peaceful in Zaria, Katsina and some other places, but that there were clashes in Kaduna between the sect and the Kasuwan Barci community.

“The report we have is that normalcy has returned to those area around Kasuwan Barci,” he told PREMIUM TIMES.

“As I speak to you, we have actually made about 10 arrest because of that incident and is still being investigated.”